What to do with dead turtles? 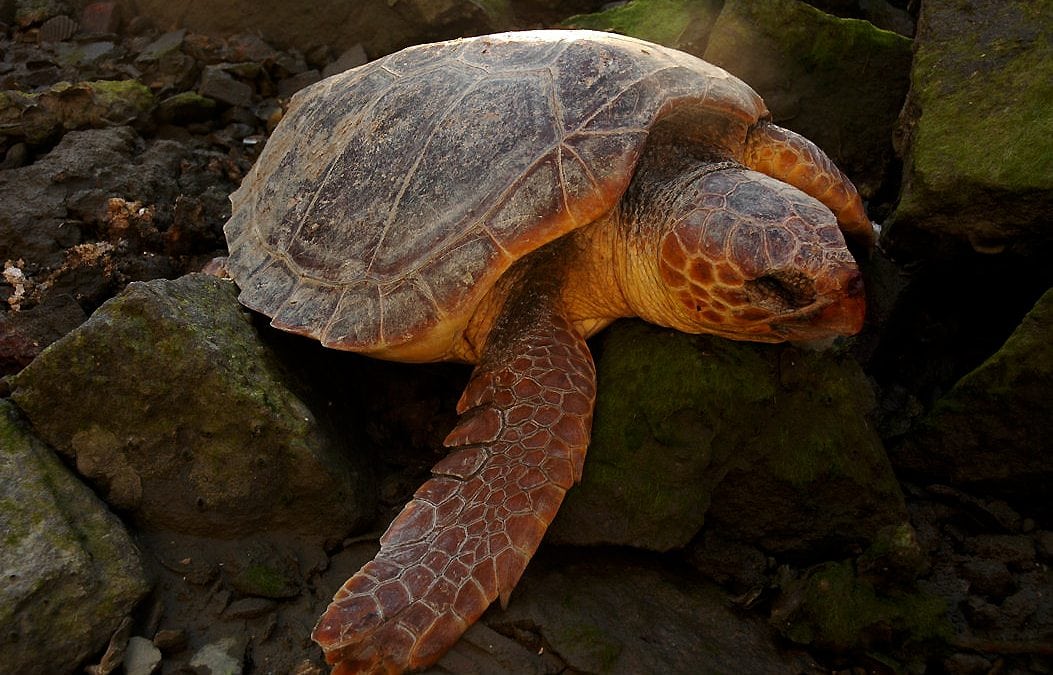 As in most cases, it started with a phone call. Somebody saw a sea turtle, washed up on some rocks along a town creek near the ocean. This time, the location is close: just down the street from my home, so it takes only five minutes to get to the turtle spot. Immediately I see that it is a juvenile loggerhead, and I first check if it is alive (I lightly touch its eyelid to see if it blinks). The turtle is alive and I hear it take a breath. I carry the animal to a patch of grass, to check for other injuries or anomalies, but I find none except for redness around the eyes. However, the animal is lethargic – nothing like the boisterous and flailing wild juvenile loggerheads I have seen pulled out of the estuarine waters around here, which want nothing more than jump back in the water and on the way take a bite from your leg for good measure. Lethargic likely means sick or injured. So, I transport the animal to Craig Harms, an aquatic wildlife veterinarian who works with sea turtles. At his laboratory, he takes a blood sample, applies eye ointment and gives antibiotics to the turtle. Initial blood analyses show that the pack cell volume (PCV) is lower than normal, and the white blood cell count is higher than normal, both confirming that the turtle is sick. The next day does not bring good news: the turtle died overnight. Subsequent examination revealed that the animal had not been eating for many days, and that it had froth in its lungs, suggesting it also had pneumonia. The turtle was also a female, which is true about 67% of the time we examine the sex organs of juvenile turtles found in our waters. I recorded several basic morphological details about the turtle, and collected a bone sample for Larisa Avens, a local researcher who is interested in growth and aging of sea turtles.  I entered the details of this turtle into our state database and also transferred the information to the national database. 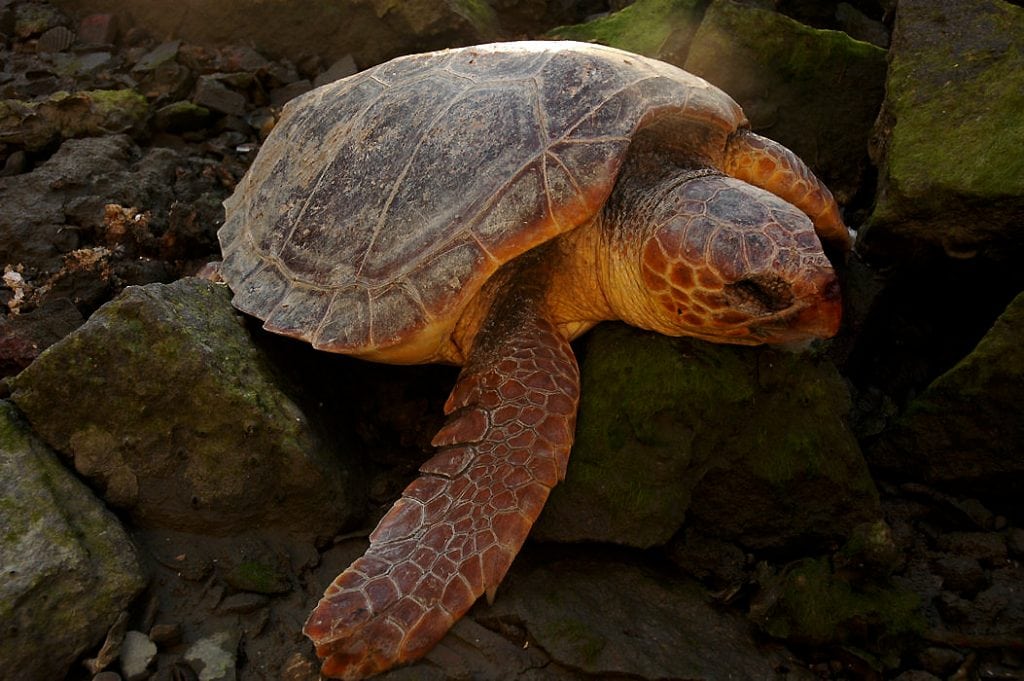 A juvenile loggerhead found stranded at low tide on the rocky side of Town Creek in Beaufort, North Carolina, USA.

This is an example of what happens when a stranded turtle is reported in North Carolina, USA. In our state, which includes about 500 km of ocean coastline and >1500 km of estuarine/riverine coastline, we observe nearly 475 stranded sea turtles per year. We have an active response network that includes several hundred volunteers and cooperators who collect standardized information on stranded sea turtles on our coast. Stranding response networks exist elsewhere all over the world. A good thing to ask is why are these data important to record? It is a difficult question to answer. At a recent international sea turtle meeting, a colleague noted that when recorded rates of stranding in a region increase, people interpret that as a cause of concern (presumably because of increased mortality), but also when rates of stranding in a region decrease, that has also been interpreted as a cause of concern (presumably because of a decline in overall turtle numbers).  This observation bespeaks the fundamental issue that data on stranded turtles are notoriously difficult to interpret, due in part to the inability to assign a cause of death in most cases.  And yet, data on stranded turtles have been invaluable in conservation, including testing the efficacy of turtle excluder devices (TEDs) in shrimp trawls in the Northwest Atlantic, and highlighting increased bycatch rates when mass strandings occur.

In the end, it comes down to baselines: it is useful to collect information on stranded sea turtles, because if you have a major change (a new conservation measure, a mass stranding, etc.), you can look at patterns of turtle strandings to see if the pattern has changed with the event in question. Of course, this requires taking a long-term view of sea turtle conservation, but given that sea turtles are long-lived, this is probably the best approach.

Mathew H. Godfrey a wildlife biologist the the North Carolina Wildlife Resources Commission, an adjunct Assistant Professor at the Nicholas School for the Environment at Duke University, and a member of the IUCN Marine Turtle Specialist Group.