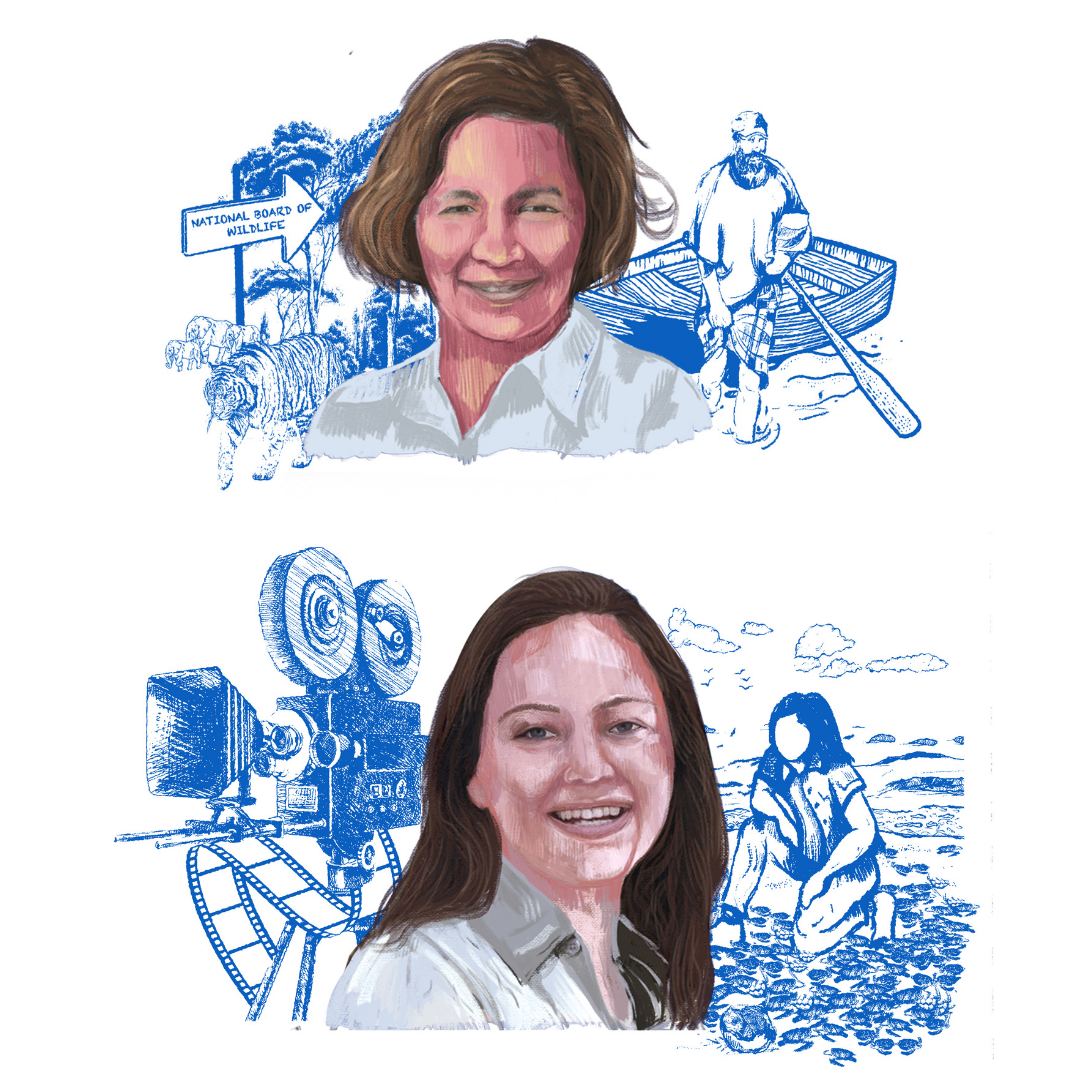 In the 1960s, Anne Wright was one of the few prominent people involved in wildlife conservation in India. She was one of the founding trustees of WWF-India in the 1960s and a member of the Tiger Task Force commissioned by Prime Minister Indira Gandhi to select tiger reserves for the launch of Project Tiger in 1973. She served on the national board for wildlife for nineteen years and was on the wildlife board for several states including much of Northeast India, West Bengal, Bihar, Odisha and the Andaman and Nicobar Islands. She played a little known but crucial role in the drafting of the Wild Life (Protection) Act, 1972 in India, by providing a copy of the Kenyan Wildlife Act to Indian bureaucrats in New Delhi who were drafting the Indian Act.

Belinda Wright is best known today for her work on tiger conservation and regulating trade in shahtoosh and other wildlife products through her organization, Wildlife Protection Society of India. But she played an important role in sea turtle conservation in India, starting from the time she became aware of the thousands of sea turtle deaths due… Read More 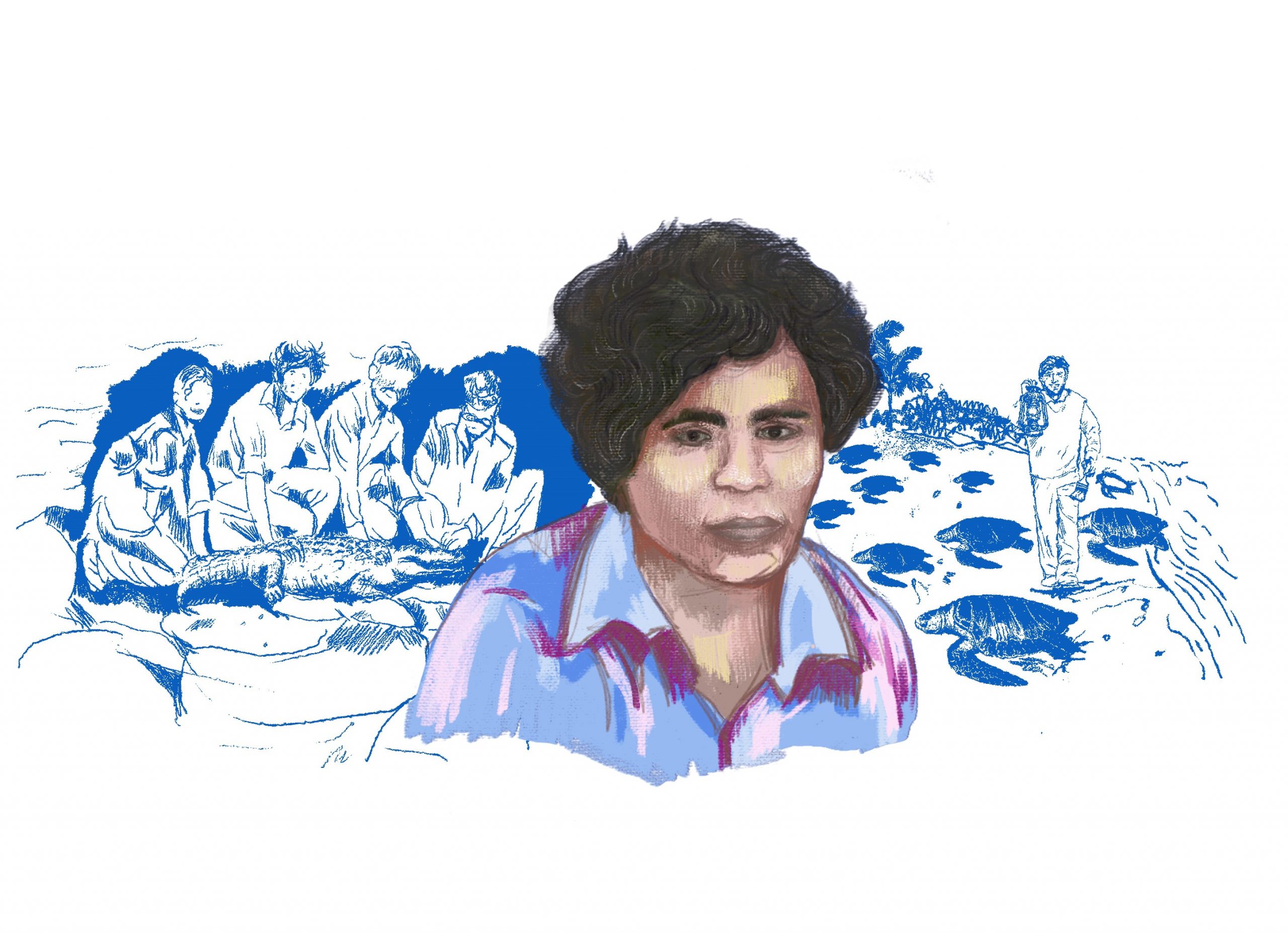 As a young biologist, B.C. Choudhury was part of a turtle monitoring unit organised by Robert Bustard to count olive ridley turtles during an arribada. This was an experience that led him to pursue a career on crocodiles rather than turtles, because he wanted to travel and thought at that time that working with turtles would not allow him to do so. After many years of working with crocodiles, he started supervising major projects on freshwater turtles, herpetofauna, cranes and coral reefs after joining the newly formed Wildlife Institute of India in the early 1980s. Through his student, Bivash Pandav, he got involved in sea turtles again, which led to the discovery of the rookery in Rushikulya In 1999, B.C Choudhury coordinated a national project on sea turtle conservation funded by UNDP… Read More 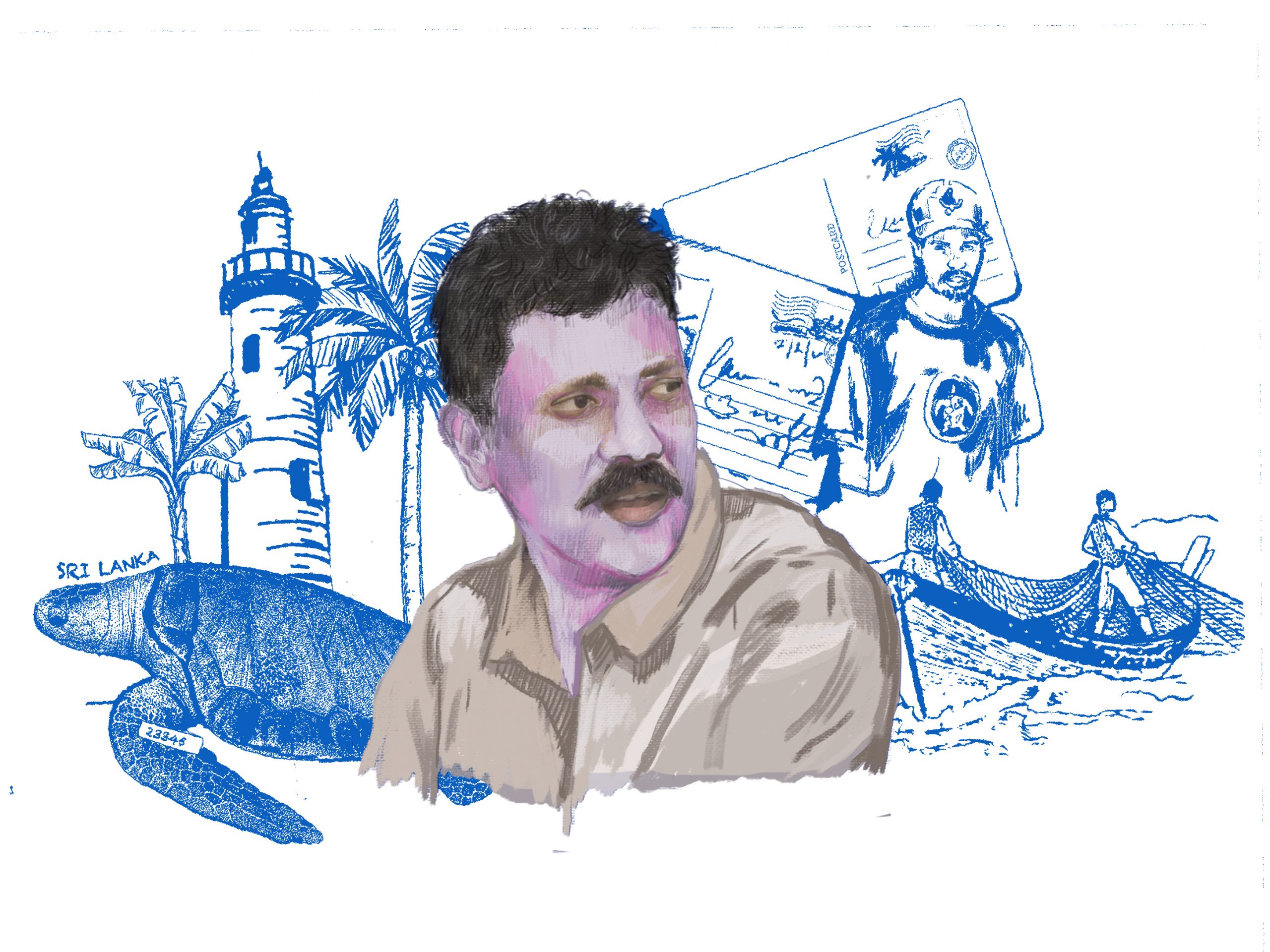 Bivash Pandav started studying sea turtles in Odisha as a researcher at the Wildlife Institute of India, Dehradun, in 1993. He was the first to research on and report thousands of increasing ridley deaths that occurred as incidental catch in trawl fishing from the early 1990s onwards in Gahirmatha and neighbouring beaches, which brought media attention to the olive ridley conservation. During that time, the WII’s programme in Odisha, steered by Bivash Pandav and BC Choudhury, led to the discovery of the mass nesting site at Rushikulya. As part of his doctoral research, Bivash tagged over 1500 mating pairs (for the first time in India) and 10,000 nesting turtles. Tagged turtles from this effort have been recovered from the coastal waters of Sri Lanka, indicating their migration to and from the Odisha coast… Read More 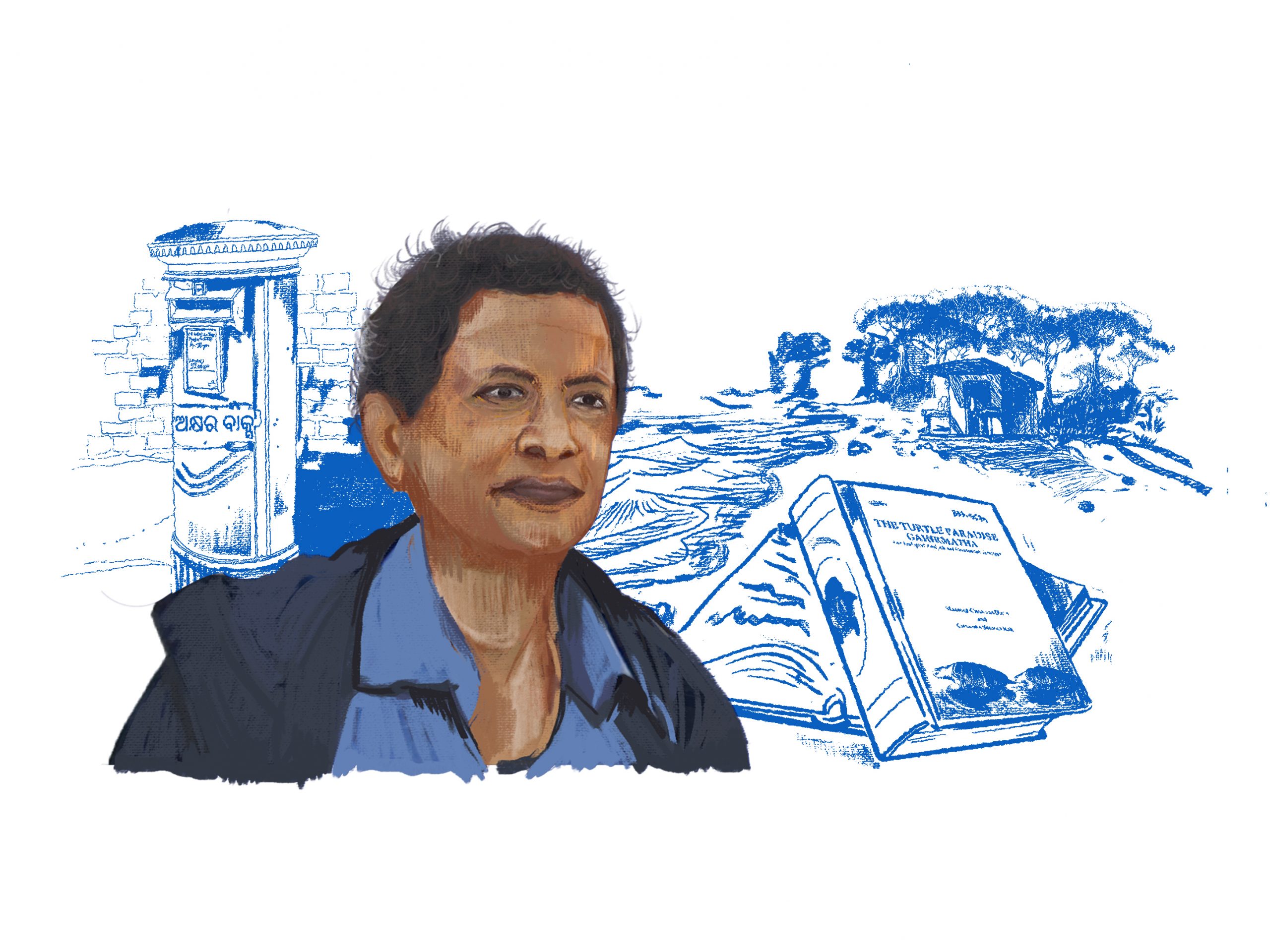 Chandra Sekhar Kar joined the Forest Department in Odisha as a Research Scholar in 1976. Initially stationed at Nandankanan Zoological Park, he then decided to shift to Gahirmatha as no one else was willing to work there. Madhab Chandra Dash at Sambalpur University agreed to supervise Kar’s research formally, with Robert Bustard as a co-guide. C.S Kar conducted field work at Gahirmatha between 1977 and 1982, tagging over 10,000 nesting females and amassing huge amounts of data on their nesting biology. Kar’s book, co-authored with his supervisor M.C. Dash, “Gahirmatha: A Turtle Paradise ”, is a detailed account of sea turtles in the region and his work there. 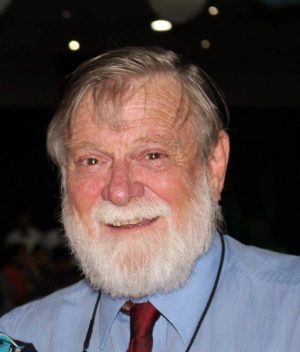 Colin ‘Col’ Limpus, Australia’s foremost turtle biologist, initiated his research on green and loggerhead turtles in Queensland in the 1970s. He was mentored by Robert Bustard, and they worked together extensively on flatback sea turtles. Limpus carried on Bustard’s work in Queensland and his multi-decade monitoring of sea turtles in that region is considered to be one of the finest long-term research programmes on sea turtles anywhere.

In 1994, Col was appointed by the Conference of the Parties to the Convention on the Conservation of Migratory Species (CMS) to the position of COP-appointed Councillor for Marine Turtles and served in this voluntary capacity for more than twenty-five years… Read More 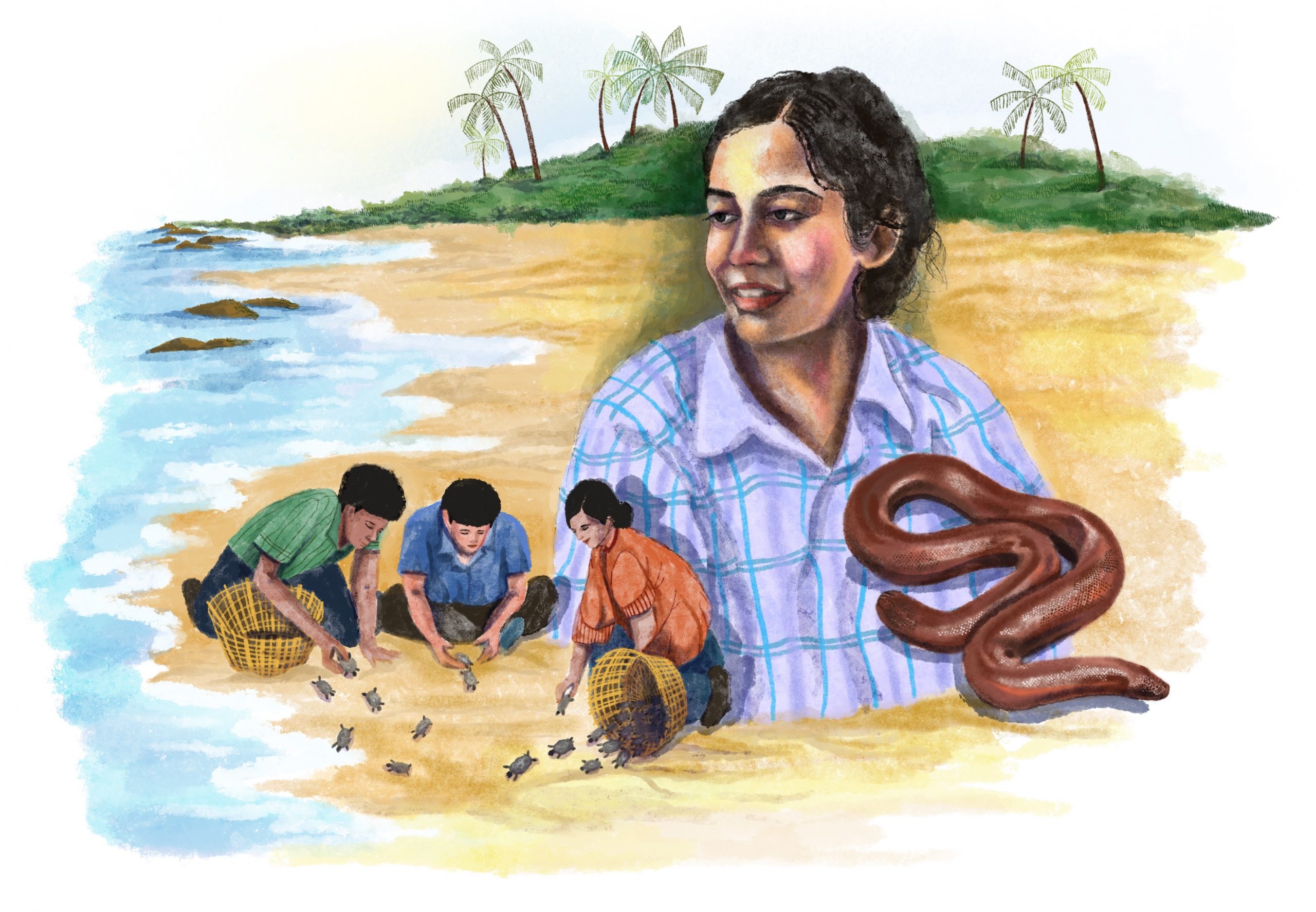 Amukta ‘Amu’ Mahapatra was introduced to the world of wildlife by her father and his friends, and frequently visited various sanctuaries in South India. To get over her fear of snakes and reptiles, she decided to volunteer at the Madras Snake Park, and after some difficult but successful episodes of snake handling, she joined a group of volunteers on ‘turtle walks’ along the coast in Chennai. She described her first encounter with a ridley turtle in an endearing article in the newsletter of the Indian Institute of Technology, Chennai, urging youngsters and students to take action.

Amukta Mahapatra went on to start Abacus, a well-known Montessori school in Chennai in the 1980s, and spent several years… Read More 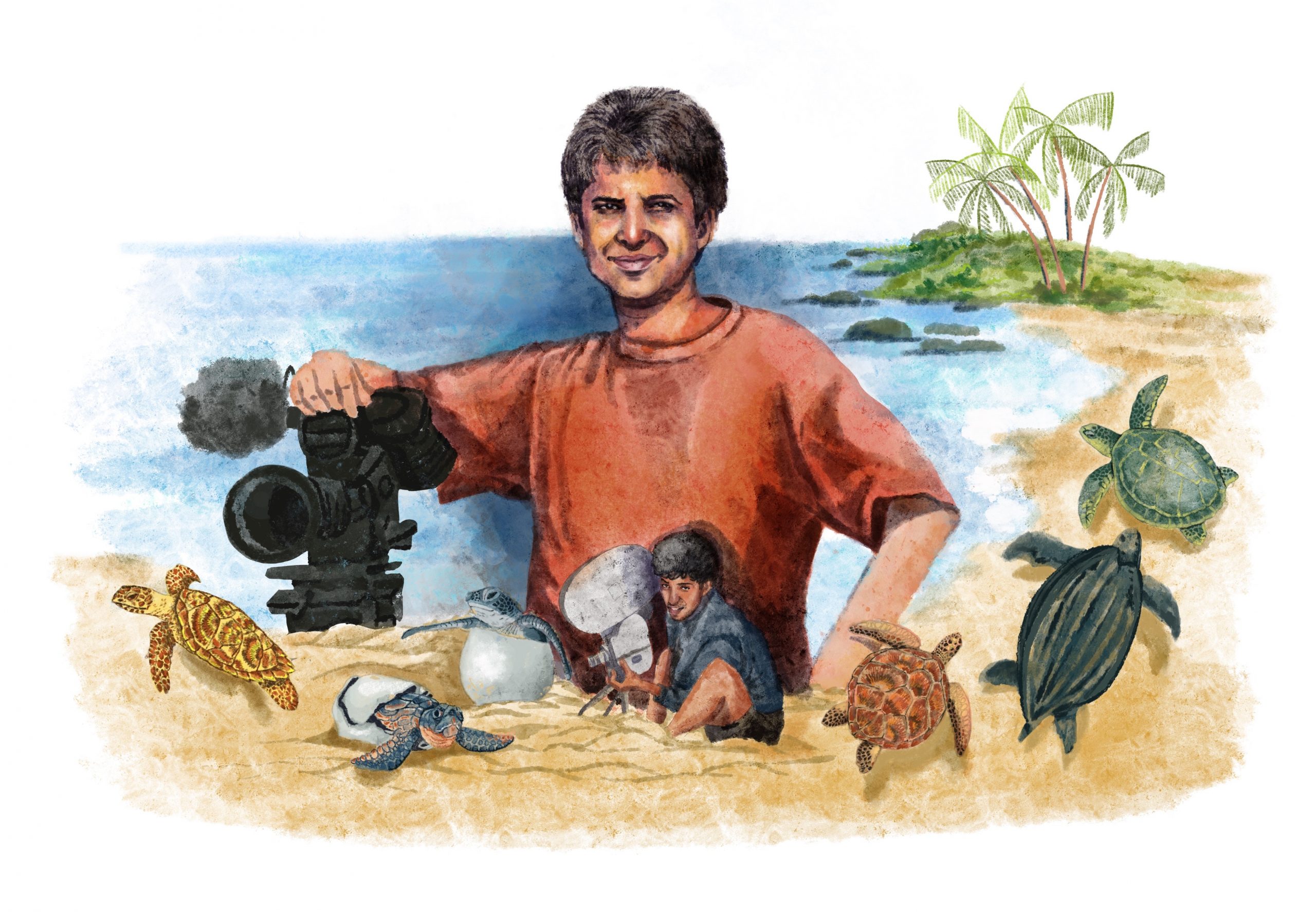 Shekar Dattatri was initially a volunteer at the Madras Snake Park in 1976 and soon after, started visiting Sri Lanka where his father was on a four-year assignment with the UN. While backpacking around the country, he became interested in sea turtles (four different species – olive ridley, hawksbill, leatherback and green, and occasionally loggerhead turtles) which visited the Kosgoda nesting beach. At that time, very little was known about the sea turtles of Sri Lanka, and Shekar sourced a small grant of USD 400 from the Sea Turtle Rescue Fund in 1982 to survey the country’s coasts. At Kandakuliya in northwestern Sri Lanka, he found the biggest graveyard of sea turtles he had ever seen, which included mostly ridleys, leading him to realise that a huge massacre was occurring at a certain time every year… Read More 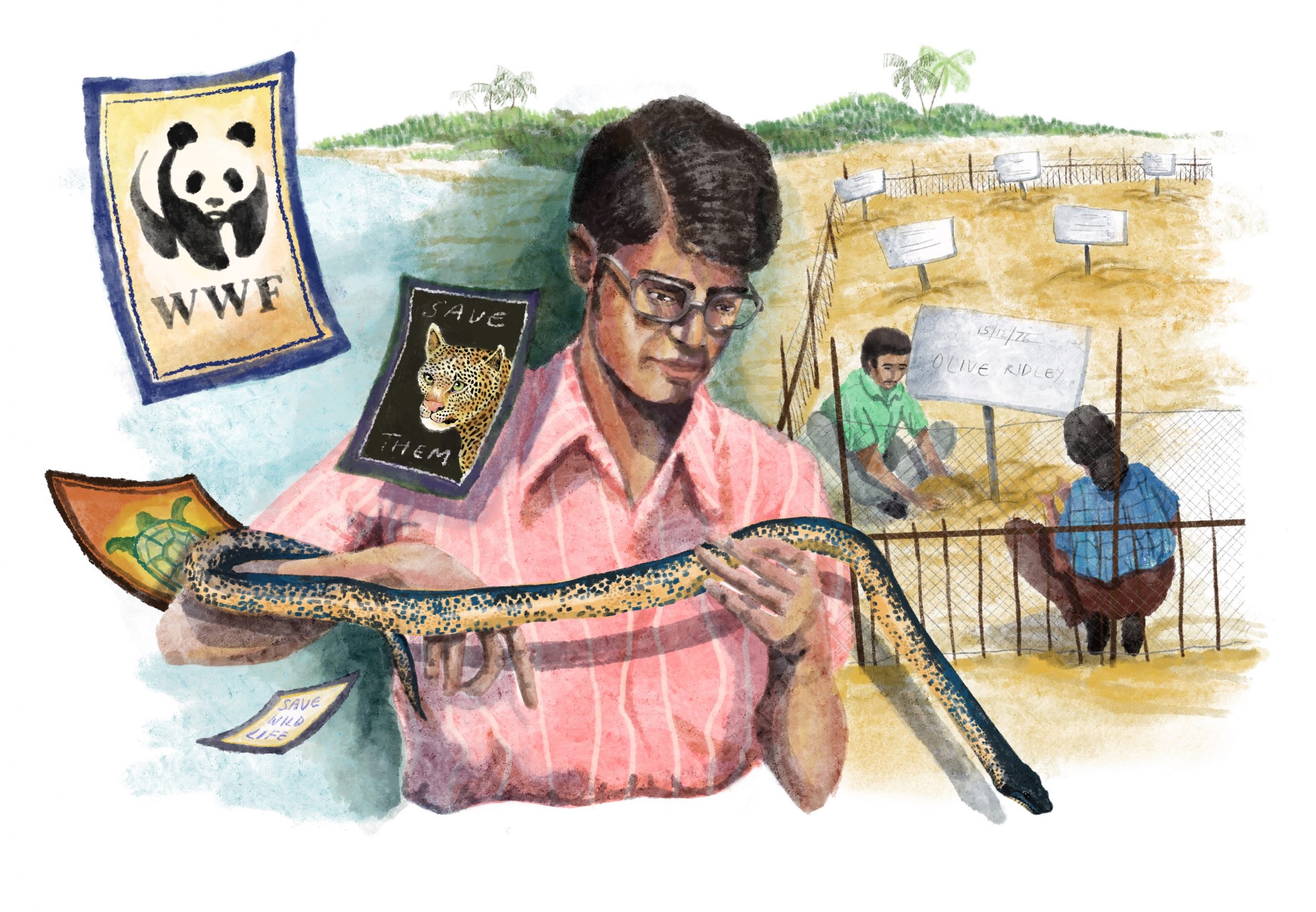 Preston Ahimaz started out as a volunteer in the Madras Snake Park, and was one of Romulus Whitaker’s recruits. Despite having a degree in commerce, he decided to pursue wildlife as a career and was the first coordinator of the WWF office in Chennai, starting with a tiny office and a table and a chair in 1982. He built their nature camp program, training many youngsters who went on to become wildlife biologists and conservationists. He continued the WWF turtle walks through the 1980s… Read More 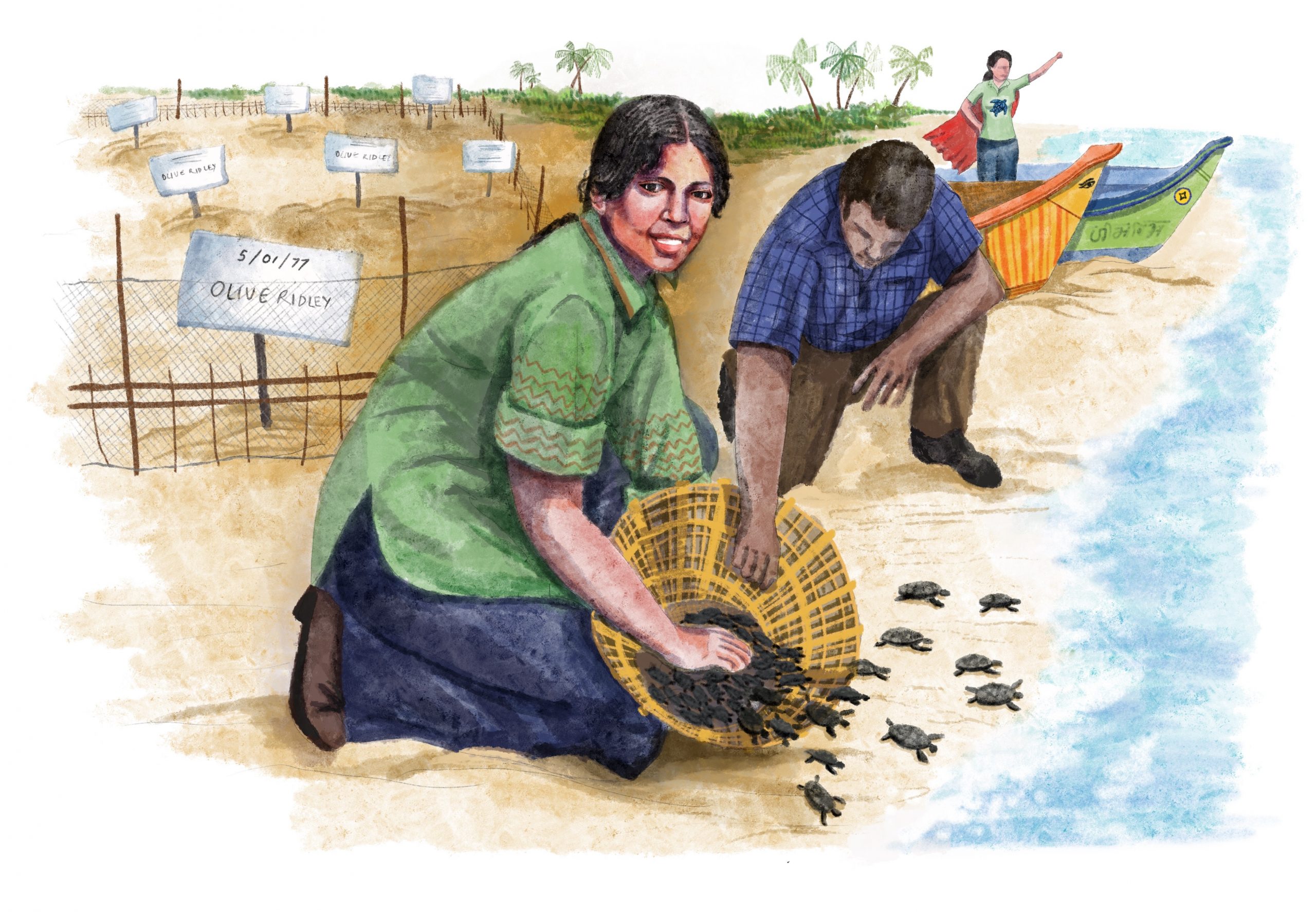 Anne Joseph (now Ahimaz) started as a volunteer at the Madras Snake Park in the early 1970s and was eventually noticed by Romulus Whitaker who offered her work there. Her first assignment was putting up signs in the enclosures for the visitors. Slowly, she got used to the snakes crawling around her, cobras included, and started doing the hourly demonstrations with non-venomous snakes. She was one of the pioneers of the turtle walk movement on the Chennai coast in the 1970s. She also worked as Rom’s secretary for a while at the snake park, and then took a job at the Officer’s Training Academy in 1976. Along with her boss Brigadier Thyagaraj, she helped establish and promote WWF in Chennai and started conducting turtle walks as a WWF activity… Read More 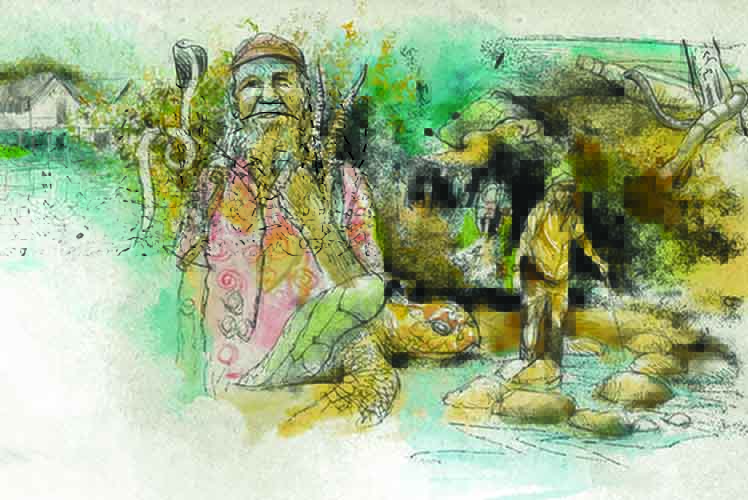 Romulus Earl Whitaker is the founder of Madras Snake Park, Irula Cooperative and the Madras Crocodile Bank. A dedicated herpetologist, with a primary interest in snakes and crocodiles, he has been a profound influence on the conservation of reptiles in India. In 1971, he was provided land in Guindy by the government to set up the Madras Snake Park, which he founded in 1969 in Tambaram. Rom was instrumental in conveying the importance of the scrub forest adjacent to the Madras Snake Park with its resident blackbuck population to Prime Minister Indira Gandhi during her visit to the park in 1977, and it was shortly declared as Guindy National Park.