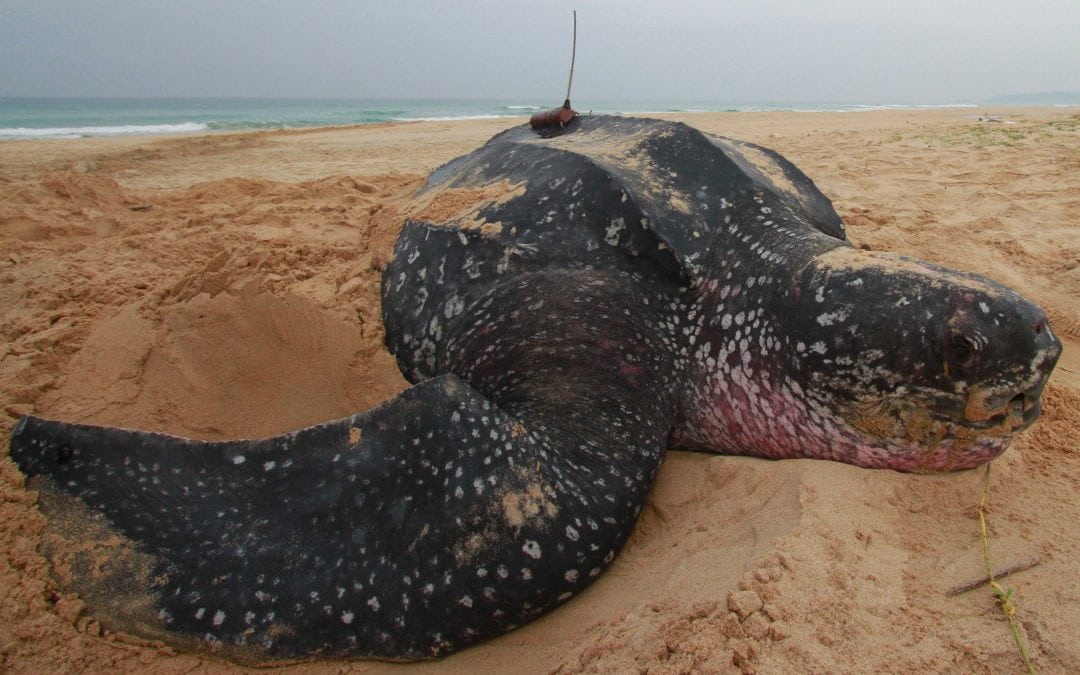 About a year ago, as we were being tossed around in our small dunghi at Alcock Point, I wondered why we did this for a living. I was returning then from attaching three satellite transmitters to leatherback turtles on West Bay in Little Andamans. Coming around Alcock point on the southwest corner, we were caught in a crosscurrent of large and choppy swells, and several large waves broke into our boat, while on other occasions we came over a wave and crashed on the other side. All our boat rides on that trip were rough, not the least the six hour ferry ride from Port Blair to Hut Bay in an enclosed cabin with a lot of very seasick people. All this to monitor a few leatherback turtles on West Bay. Really!? 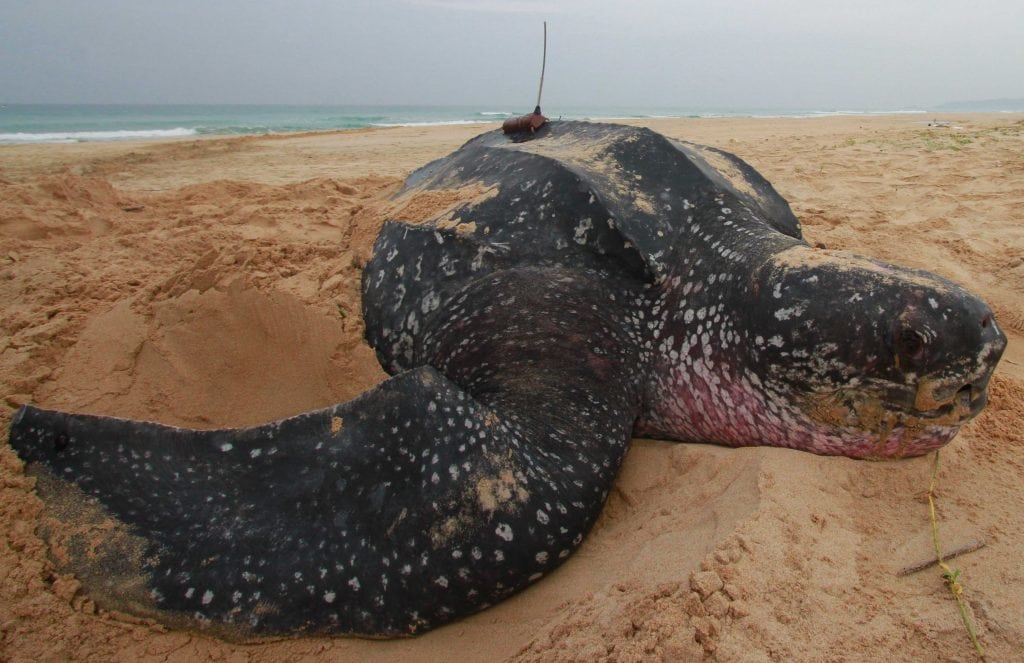 We have been monitoring leatherbacks in islands since 2000, when the Andaman and Nicobar Environment Team started a monitoring programme on Galathea beach, Little Nicobar. I worked at that idyllic site for a season during 2001-02, but the beach was destroyed during the 2004 tsunami. Lack of infrastructure and logistics have made it hard to restart the monitoring there though the beaches have formed again. In 2008, however, we started monitoring leatherback populations on Little Andaman Island, first at South Bay and more recently at West Bay.

This January, a group of us made the trip again, including Naveen Namboothri, a CES post-doctoral fellow, the project coordinator, Tasneem Khan from ANET and Sahir Advani, a research assistant at Dakshin Foundation. We joined a film crew from Dustyfoot productions, Rita Bannerjee and Maya Khosla, who are making a film about communities and sea turtle conservation in India, and Sumer Verma and Umeed Mistry, divers and underwater photographers from Lacadives, out to try and get the first underwater footage of leatherbacks in India.

After a couple of uneventful boat rides in Uncle Bernie’s dunghi, we reached West Bay and negotiated the treacherous unloading of the boat near the rocks with relative ease. Adhith, our research assistant, Thesoro and other field assistants had set up a remarkably comfortable camp in the trees behind beach, not far from a lovely freshwater stream. That night, we were all prepared for long fruitless walks on the 7 km long beach, as there had been no nesting during the previous week. We reached the main nesting beach and divided ourselves into groups to monitor different sectors, and minutes later, were rewarded by the flashing of torchlights, signifying turtle.

Our transmitter attachment procedure involves drilling through the ridge on the back of the turtle, and tying the transmitter in place with wires that are threaded through plastic tubing. It has to be done quickly during the few minutes that the turtle is laying eggs. Rita filmed the frenetic fixing of the transmitter, and Sumer and Umeed managed some excellent footage of the turtle entering the water. Two transmitters down through the night, we decided to return to camp and encountered our final turtle, that would stay well into the early morning.

Just reward for the night’s labour came after breakfast with a nap in the hammocks under the trees and by the stream where the dog faced watersnake (the largest I have ever seen) swims up and is handfed fish and prawns. At that moment, I think we all realised why we did this.

Later that evening, we would encounter more leatherbacks. Sumer and Umeed braved the buffeting of the waves, Umeed holding the lights steady while Sumer filmed the leatherback underwater, slowly passing by him and away into the distance. Last year leatherbacks went as far as Cocos-Keeling Islands and Sumatra before they stopped transmitting. Now we wait with bated breath while these turtles swim towards their foraging destinations, and hope that we will finally discover where they go when they leave the paradise beach in the west Bay of Little Andaman Island.

Kartik Shanker works on sea turtles at remote beaches and scattered islands. He is based at Centre for Ecological Sciences, Indian Institute of Science, Bangalore and Dakshin Foundation.