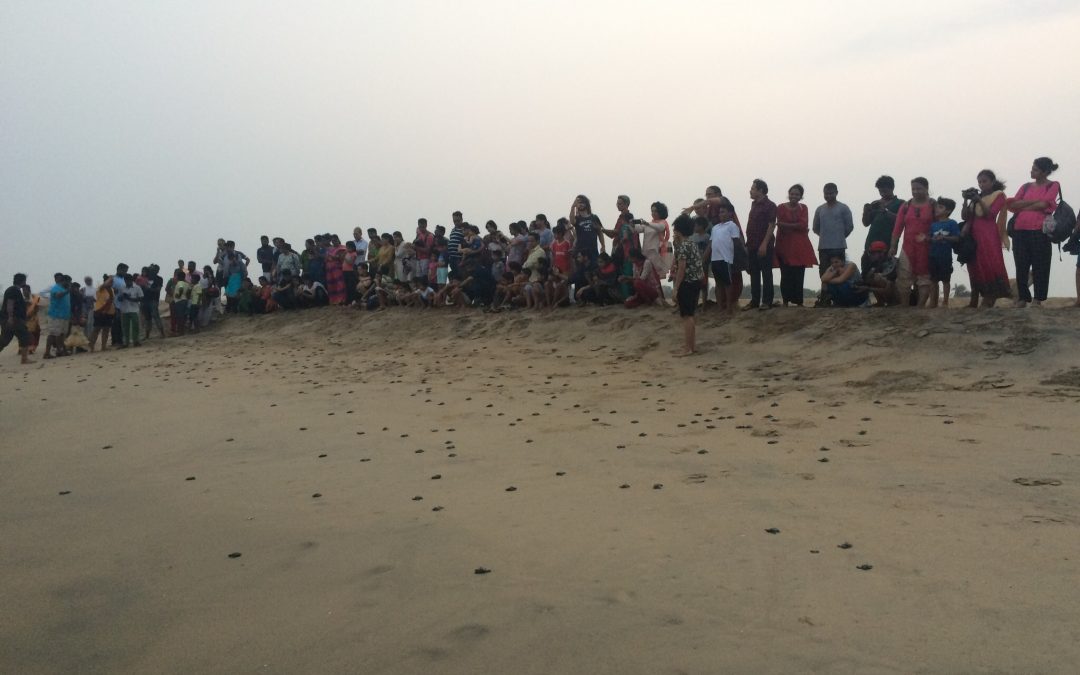 SSTCN played a major role in helping me understand the environment and to observe and appreciate nature as a whole. It also helped me think in a different way regarding life.

It all started back in January of 2007, when my cousin, Arvind, from KFI introduced me to the turtle walks. I thank him for sowing that seed of interest. From the next year onward, I became a regular walker and walked on the weekdays. I was fascinated by wildlife, like most other kids growing up, and in the years with SSTCN, my interest increased. Apart from occasionally coordinating activities with Akila akka, I was also helping take care of both the hatcheries. That’s when I realised this is where my happiness lay.

I have some wonderful memories from all the trips I went on with the SSTCN team and friends.

Through Arun anna, I was introduced to and got associated with Marudam school. Here, I met more like-minded people, learned a lot about the environment, and even stayed and volunteered there. The best part of all this is that I got to experience life as a naturalist in the jungles of Central India because of these experiences.

There were many ups and downs including lots of interesting stories, funny incidents, and sad moments. Starting from not even seeing one live nesting for the first 2 years, to seeing hundreds, being heartbroken on seeing hundreds of dead turtles each year and silently enjoying the race of numerous hatchlings to the sea.

I was involved in collecting many nests on some mini ‘arribada’ nights, walking both the stretches of Besant Nagar and Marina beach on a few nights. I watched and helped a couple of turtles with damaged flippers create their nests, watched the full process of pseudo-nesting, and felt the vibration as the turtle did her ‘turtle dance’. I saw a live adult turtle and hatchlings just a few hours old in a single night and had the privilege of assisting with the survey on the Cuddalore coast to prepare the Species Conservation Action plan.

One of the most memorable turtle walks happened in 2017. As usual, I went to Neelankarai beach by 10:30 pm, and was waiting for a new person to join me, but he didn’t turn up. We generally don’t do turtle walks alone, but I was really keen and decided to go for it. About one and a half kilometers later, I spotted tracks and followed them beyond the village road to see a turtle near the entrance of a hut. I wanted to carry her back to the beach, but I couldn’t do it alone. Eventually, a young man from the hut helped me haul her back. I thought the turtle would be a bit disturbed, but to my delight she began to make a body cavity in the sand and started nesting! After about fifty minutes, she was done and I could collect the eggs and start walking back. On the way back, I encountered two more nests and collected the eggs from those before handing them off to some volunteers. Finally, I collected eggs from a fourth nest near Besant Nagar beach, dropped them off at the hatchery, and wrapped up the turtle walk. 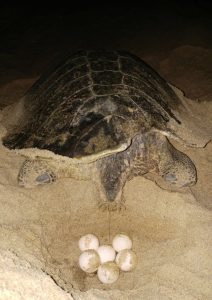 The 2018 season was quite special – I pretty much lived right on the beach for five months. Most nights were turtle walks, and other nights I stayed at the hatchery. That year was when nesting was very frequent on the Ururkuppam to Adyar estuary stretch. However, we lost many nests to jackals and feral dogs because the turtles nested earlier in the night, before we could make it. So we then decided to concentrate more on that area, and I would come to the hatchery at 9:30 pm and walk up and down the stretch every half hour. We managed to successfully collect about 5-6 nests each night, and after 45 days we were releasing more than 500 hatchlings a night. 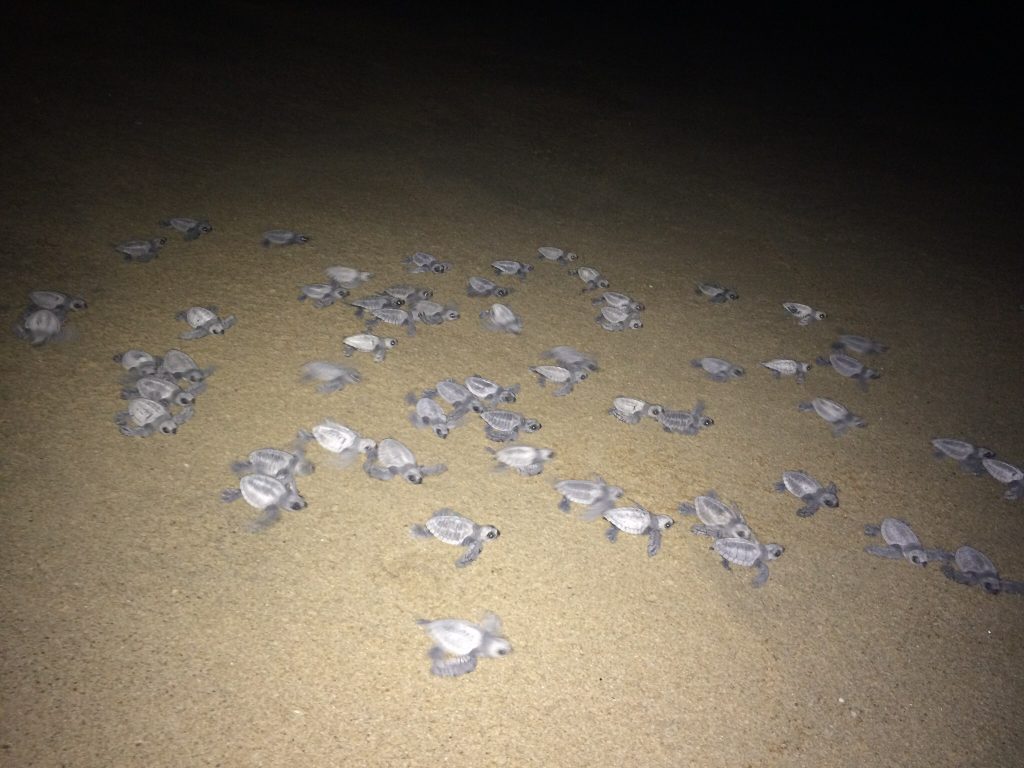 For the last 3 years, I haven’t been as fully involved with the turtle walks as I was before. I really miss the turtles. I don’t want to end my connection with the turtles and the organisation, but I wanted to thank them; I am indebted to them for shaping my life.

Thank you SSTCN for allowing me to be associated with you for over a decade. I feel extremely happy and privileged. Special thanks to Akila akka and Arun anna for supporting and trusting me all these years. And thanks to all my SSTCN friends. 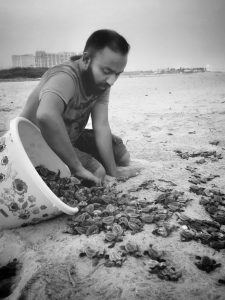