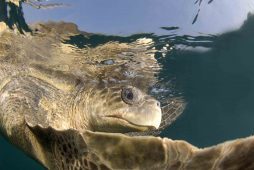 Project Title: Determining the offshore distribution and migration pattern of olive ridley sea turtle along the east coast of India

Abstract: A better understanding of the distribution, habitat requirement and movement pattern of olive ridley sea turtles Lepidochelys olivacea in the coastal waters off the Orissa coast is essential for their long term conservation and also for rational planning of developmental activities such as possible hydrocarbon exploration in this region. In this connection, the Wildlife Institute of India, Dehra Dun (WII) under the direction of Ministry of Environment & Forests (MoEF), Government of India and in collaboration with the Wildlife Wing of the Orissa Forest Department (OFD), Government of Orissa, initiated a study to determine the offshore distribution and migration pattern of Olive Ridley Sea Turtle along the east coast of India. This study is being funded by the Director General of Hydrocarbon, Ministry of Petroleum and Natural Gas, Government of India.