Mysterious Creature of the Sea 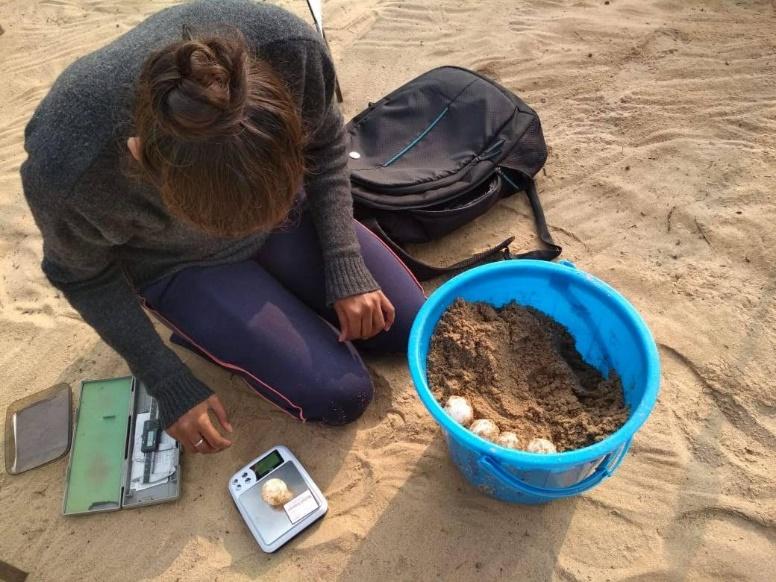 Watching a sea turtle nest has been my lifelong dream. It dates back to when my family and I would visit the beach during weekends as we lived in the coastal city of Visakhapatnam. Like a lot of people, my fascination with the sea is inexplicable and has existed for as long as I can remember. I would spend hours staring at its vast expanse, mesmerized, observing as far as my eyes could go – wondering if I could ever travel to where the ocean meets the horizon. On one of those memorable trips, I came across a disfigured carcass on the shore. I did not know which animal it belonged to and though I searched for an explanation, I never found one.

A couple of years later while walking along the shore, I came across a poster of an olive ridley sea turtle. It was a poster to create awareness about the hatchery which was nearby. Not knowing anything about the species at the time, I took a detour and ended up at the hatchery. I spent some time talking to the caretaker there, asking about the hatchery and sea turtles. As I took a closer look at the poster, I remembered the shape of the carcass I had witnessed as a child. I realized that the mysterious carcass on the beach that left me puzzled belonged to an olive ridley sea turtle. 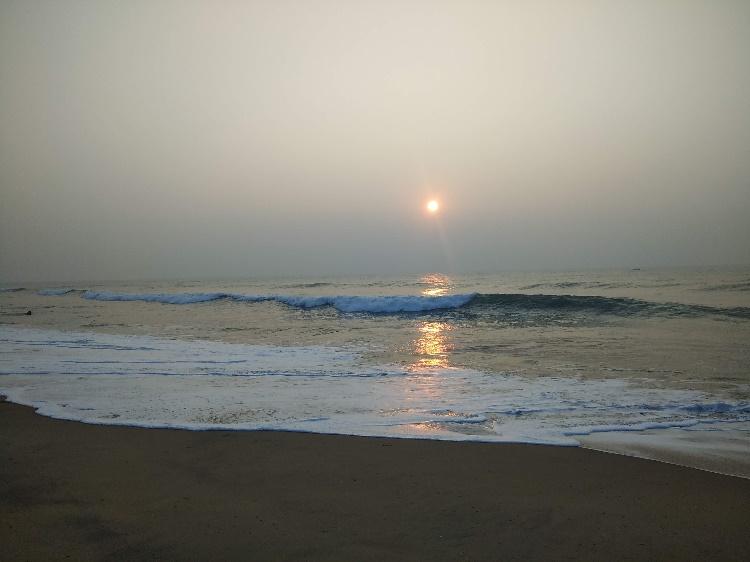 While pursuing my Master’s, I had to choose a species to work on for my dissertation. Having spent several years away from the coasts of Vizag and further away from the ocean and marine life, I took this as an opportunity to dive back into the species which captured my imagination as a child. Acquiring as much knowledge as possible outside my syllabus, I began applying for internships in organizations which worked on marine research. I ended up in Dakshin Foundation a couple of months later, starting off my journey with sea turtles. During my summer internship, my time with Dakshin helped lay the foundation on which I continue to build my research in the world of olive ridley turtles even today.

After my final semester of college, I left for field work in Ganjam for my dissertation. I was ecstatic about the opportunity to not just see but also work with sea turtles for the next six months. The field season began with night walks along the beach in Rushikulya looking for turtle tracks. I had Mayo and Bipro, field staff in Ganjam, for company, telling me stories about their experience of working with turtles for almost a decade. Though I was excited about data collection, the part I was looking forward to the most was witnessing live nesting or at least a live sea turtle! Rushikulya is the largest olive ridley rookery in India and I naively assumed that spotting a ridley would not be difficult. Mayo and Bipro fueled my excitement by saying that I would witness thousands of them in the coming days. So, I remained patient and religiously went out for the night walks, even on days I was not collecting data. The more I waited, the more desperate I grew. Days turned into weeks and weeks into months, as my data collection continued without the luck of witnessing a single turtle – nesting or otherwise. Bipro, who sensed my disappointment, tried to reassure me that February was approaching and the arribada would start any day now.

Two months into my project, I witnessed a female olive ridley on a night walk and watched her lay eggs. It was the most amazing sight I had seen until I woke up and realized it was just a dream. Disappointed as ever, I shared my dream with Madhu ji, our cook and field staff, who was making dal chawal for us that afternoon. He brushed it aside saying, “you’ll see one soon enough,” and continued to convince me that fish are the fruits of the sea and hence, they’re vegetarian diet!

With the flickering hope of seeing a sea turtle, I continued my field work. We spent one particularly cold and foggy night looking for nests and found none. We came across a bunch of false crawls but had no luck with nests. We walked till 5 AM and stopped to take a short nap before heading back. I woke up an hour later to a bright orange sky and crisp yellow water: the most beautiful sunrise I had ever witnessed in my life. I was so overwhelmed by the beauty of the scene that I spent the next quarter of an hour trying to  click a picture but none of it did justice to the beauty I witnessed. As I began to walk back, catching up with Bipro and Mayo,  I  thought I saw something far away in the water. I stopped and stared hard at the sea. There it was! I first saw a flipper and then a head bob up. Bipro confirmed that it was a sea turtle. My excitement knew no bounds and I stared at it until I could no longer see it. 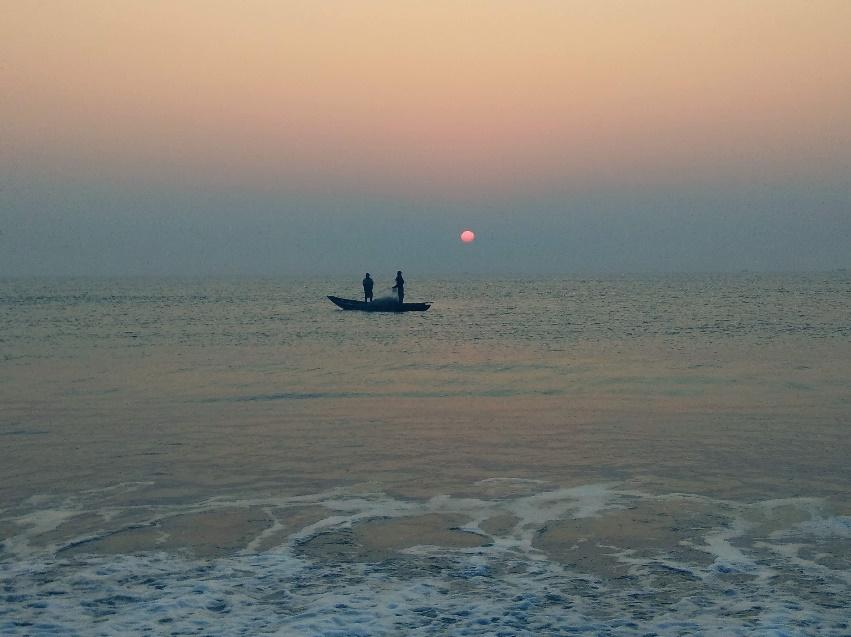 It was almost the end of February and there was no sign of an arribada or even increased nesting. Over the weeks, however, I saw more heads bob up in the water as I walked by the beach in the mornings. My night walks continued and I got busier with data collection and writing my report. On one of those nights, as we were heading back after a dry walk, I heard a loud deep breath. I didn’t recognize the sound but knew better than to walk away. I stood there and heard another deep grunt break through the silence. I knew what it was. My heart was pounding at this point and my eyes were frantically looking for a movement in the direction of the sound. And there she was! A nesting female. Bipro and Mayo signaled me to walk behind them, and it took all the energy in me to keep myself calm. I walked behind them and after a few steps I got a closer look at her. She had already nested. I kept my distance and stared at her in awe. The feeling of witnessing a turtles nesting was grander than I had imagined.

I sat there for a while, trying to take in feelings of excitement, happiness and awe that hit me all at once, overwhelming me. It was the best moment of my field work: a moment I have waited so long to witness, a moment I shall cherish forever.  And that’s when I realized that it was worth all the wait!.