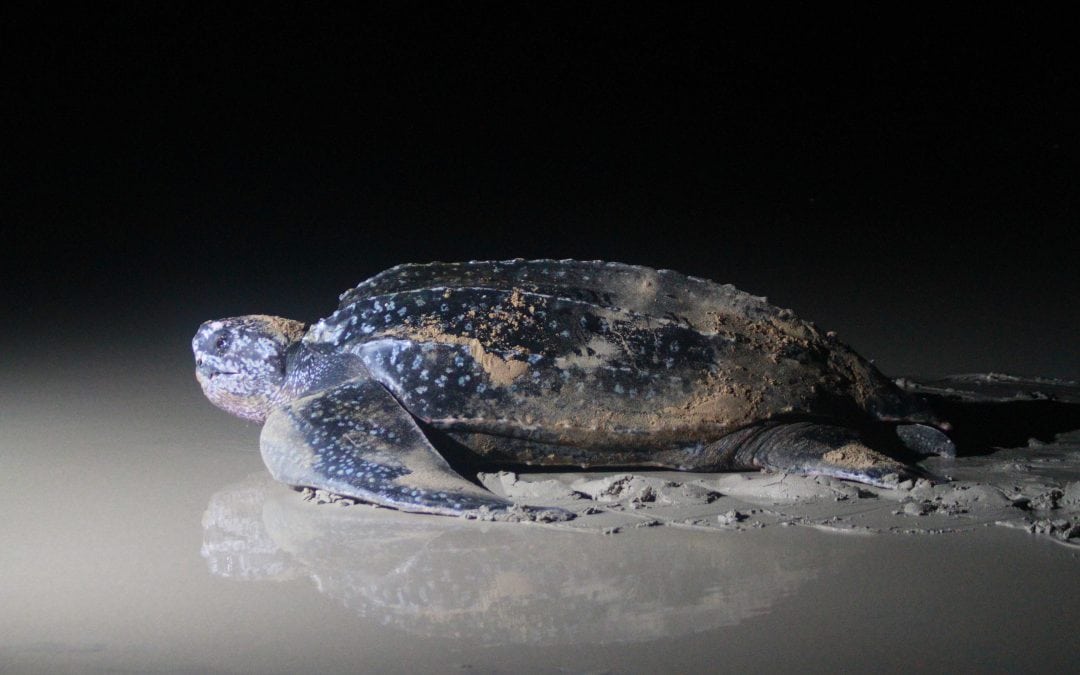 Having just eaten a breakfast of eggs, rice and tomato ketchup, a combination that I had not tried before, I lay in a hammock not far from a quiet and sun-dappled stream. In the shade of a forest in the arms of a bay. On the west coast of an island in the middle of the ocean. Far from cell phone towers and internet and traffic and rush hour. In the stream in the evenings, a very large dog-faced watersnake joined us while we peeled eggs and potatoes, and waited hopefully for scraps of fish, which was hand-fed to him on other occasions, but this time, he flicked his tongue disdainfully at the potato peel and swam away.

Of such surreal moments is field work made. Amidst the others where you are stuck in torrential rain waiting for a leatherback to nest, while she digs one nest and abandons it, and digs another one, and leaves it again, and tries a third time, and decides that she is done for the evening. And all the while we have waited for her to lay eggs, so that we can tag her and measure her and do all the other things that turtle biologists do during that small window of ten minutes while sea turtles drop their eggs. 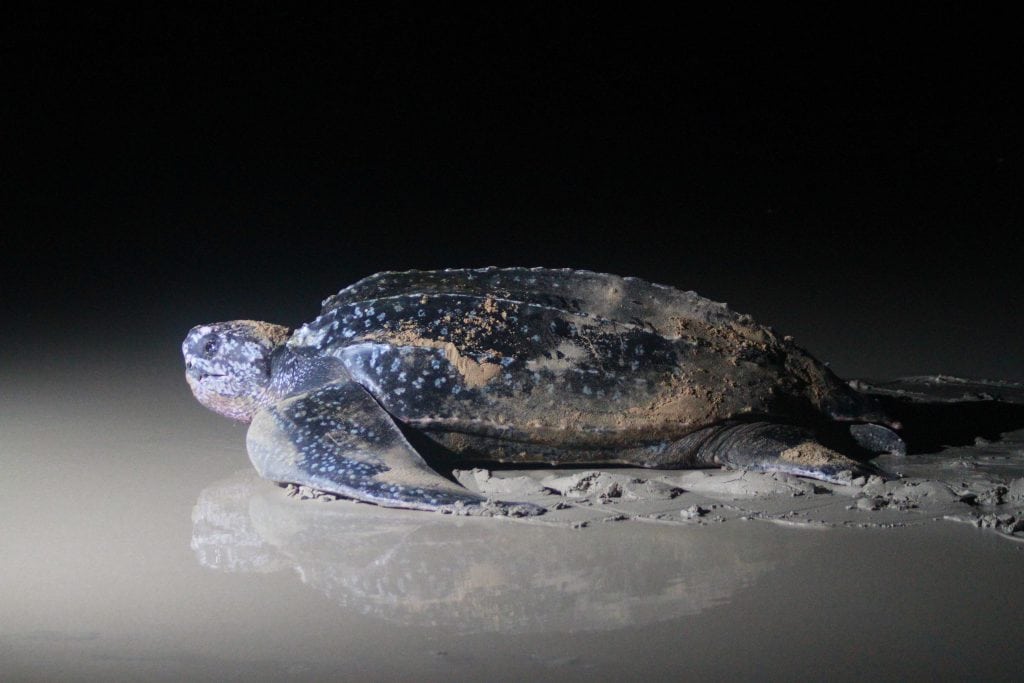 Both scenarios have played out during our time at the leatherback turtle camp on Little Andaman Island. My first year with sea turtles in Madras, I did not see a single one. This year, at West Bay, no turtles had nested the week before we arrived. We planned to be there for four or five days, to film and to attach a handful of satellite transmitters on the turtles. It looked ominous. We tagged and filmed three turtles on the first night. Eight turtles nested the first two nights we were on the beach. No wonder the eggs and rice tasted as good as it did. After we left, the turtles disappeared.

On one hand, it’s the law of averages. Next year, I will be stuck in the rain waiting and waiting. On the other, it’s turtles telling us in the most emphatic manner that as simple minded and stereotypic as they are at one level – all sea turtles are remarkably similar in their reproductive behaviour, from their nesting algorithm to their reproductive strategies – they can be unpredictable enough to humble us as biologists.

Every year on the coast of Orissa, a hundred odd thousand olive ridley turtles come up to nest en-masse at one of the mass nesting sites, usually Rushikulya or Gahirmatha. Every year, many friends, enthusiasts, and colleagues express interest in witnessing this phenomenon, and amazement that we don’t know when it will occur. What kind of turtle biologists are we ? Well, the garden variety or beach variety kind, who know some things for certain (when she digs her nest, she will always put her right hind flipper in after the left, and then the right and then left, and so on) and other things not.

Which brings me back to the hammock. Islands are ideally suited for turtles and turtle people. Islands provide great habitat for sea turtles for both nesting and foraging. Islands are great refuges for people (especially those of us from the stress cultures) to let go of our routines, and deadlines, and control, and be guided by the tides, and the turtles. And the streams with friendly watersnakes.

Kartik Shanker works on sea turtles at remote beaches and scattered islands. He is based at Centre for Ecological Sciences, Indian Institute of Science, Bangalore and Dakshin Foundation.