Life in Ganjam: The People Make the Place! 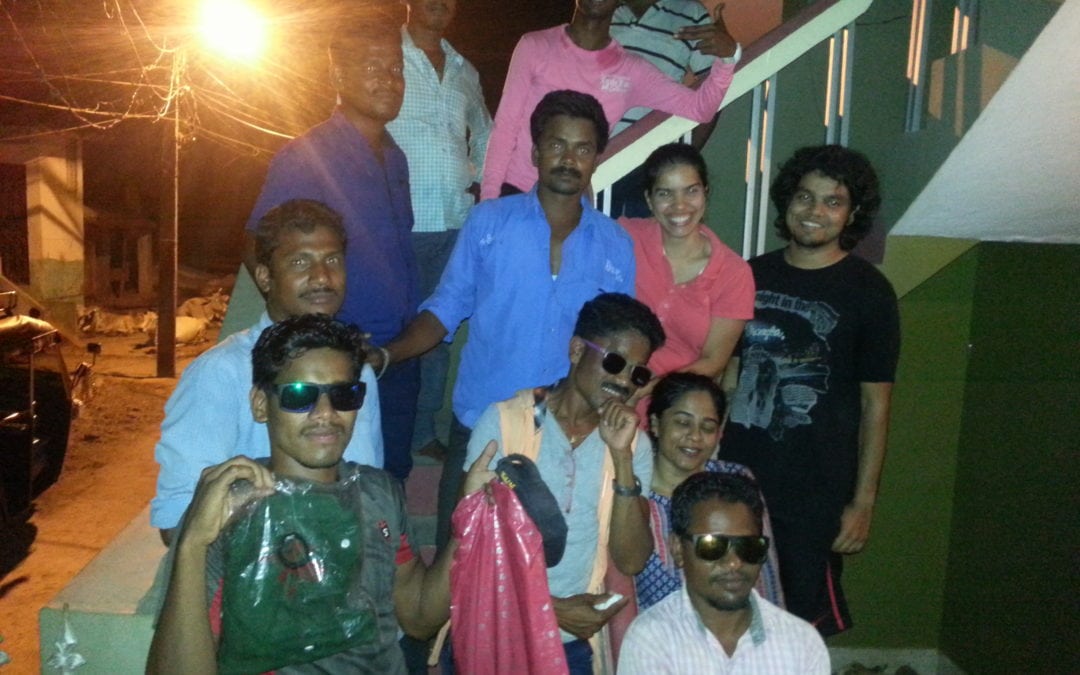 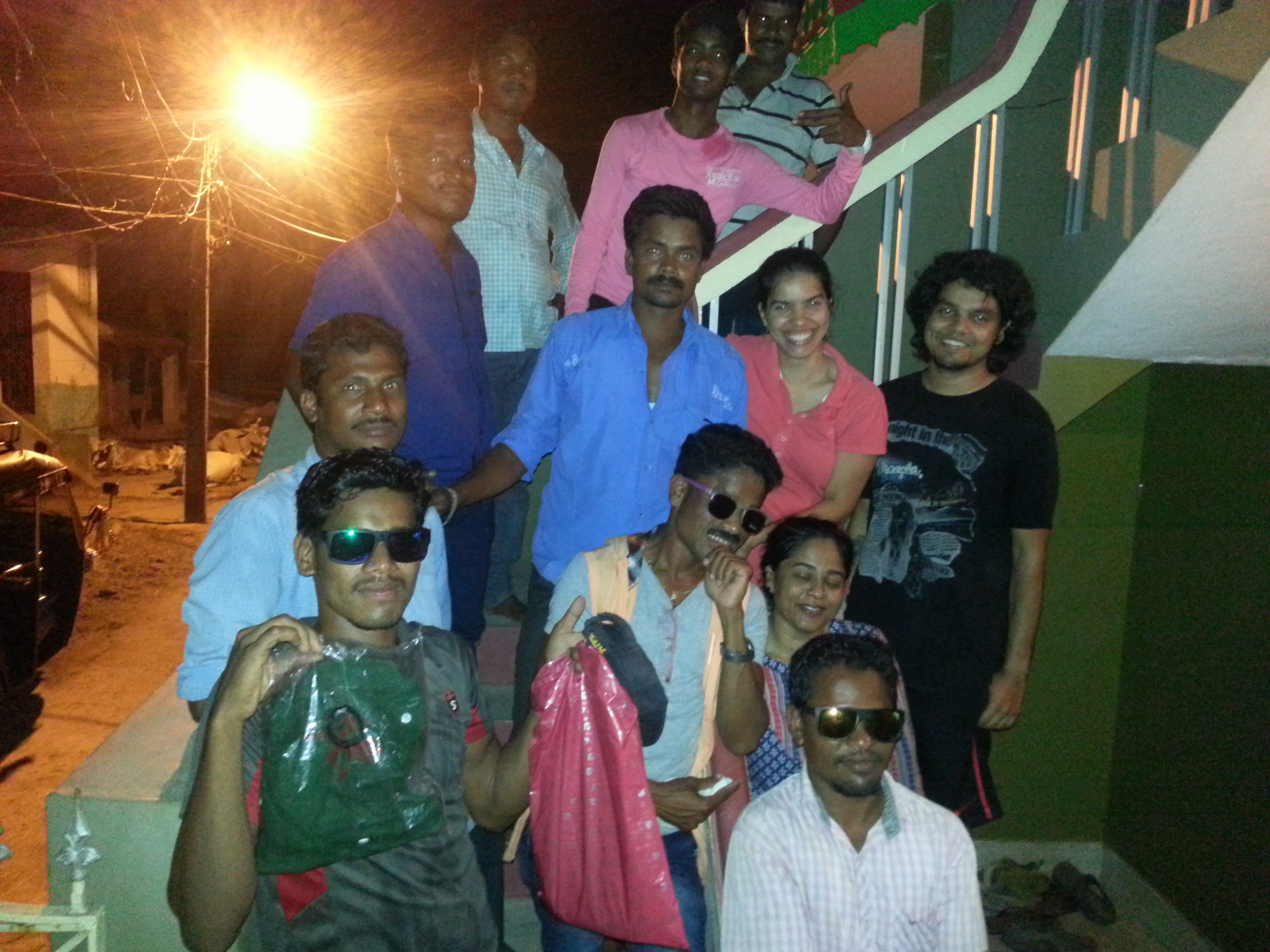 The best part about being in my line of work is the kind of travelling you get to do. You don’t just visit, you get to live in different places. Unlike tourists, or even seasoned travellers, who focus on the different sites and history of the place, here, you actually live the culture and the everyday local routine. You come across different people, get acquainted with them, get familiar with their habits, accept their quirks and sort of begin to fit into their circle. Sometimes, their habits may rub off on you and the next thing you know you’ve started talking the way your field guide does. Before you know it, you like your biriyani cooked their way. This, for me, is the most exciting part about going to a new place; to observe the diverse ways in which societies work. Every place seems to have evolved in its own fashion leading to subtle and not so subtle differences in culture. I find it interesting that even the public buses are so different from city to city; in the way they handle passengers, their manner of selling tickets, and even the way in which people enter/exit the vehicle.

I love travelling, I love the varied guises of the sky at different times and places, the smell of a rainforest, the way snow capped mountains look at night, the sound of water flowing nearby and being woken up by the call of a whistling thrush. All of these are remarkable moments and sights. But, what really stands out in my mind is the people I meet and the random acts of kindness I have encountered. I don’t know what it is about these times that makes it easier to be kind to strangers than to the people you meet on a daily basis. I can say this because I’ve never been on the receiving end of such kindness in Chennai, where I’ve lived all my life. I have met some truly wonderful people, capable of thoughtfulness that seems so rare in big cities. In today’s world, with laptop and cellphones being more important companions than people, one forgets what it’s like to interact face to face and the emotions people can generate. When you are travelling, you do not have the comfort blanket of known companions and you are mostly at the mercy of strangers. It is at these times that I’m stumped by their compassion. Earlier, when I had travelled for field work to Sikkim, a girl I had just met at a cafe invited me home for dinner and gave me gifts when I left. One night, when I was travelling alone, my cab share companion who I’d known for all of 5 hours went out of his way to ensure that I got home safe since it was quite late in the night. While working in Madhya Pradesh I had to travel by the overcrowded unreserved general compartment in trains. Filled with apprehension, I was contemplating spending a fortune on a taxi but in the end, I don’t think I’ve ever felt safer in a train. The men travelling in the compartment ensured I had a comfortable place to sit in and even insisted on buying me breakfast! When you encounter such acts, they form memories that remain with you forever and restore your faith in humanity.

Ganjam, a small town in coastal Odisha with its old world charm still intact, has such people in abundance. When I applied for the post of project assistant for a study in the Rushikulya mass nesting rookery, my primary thought was I would get to see the arribada. As I understood the study better, I realised that I would be working more closely with people than turtles. Having never been particularly interested by the social sciences, I was hesitant about the work. But, as I started interviewing people, it seemed effortless to get absorbed in what they had to say. To attempt to understand how a community functions by working at it bit by bit, person by person was turning out to be quite an exciting venture. 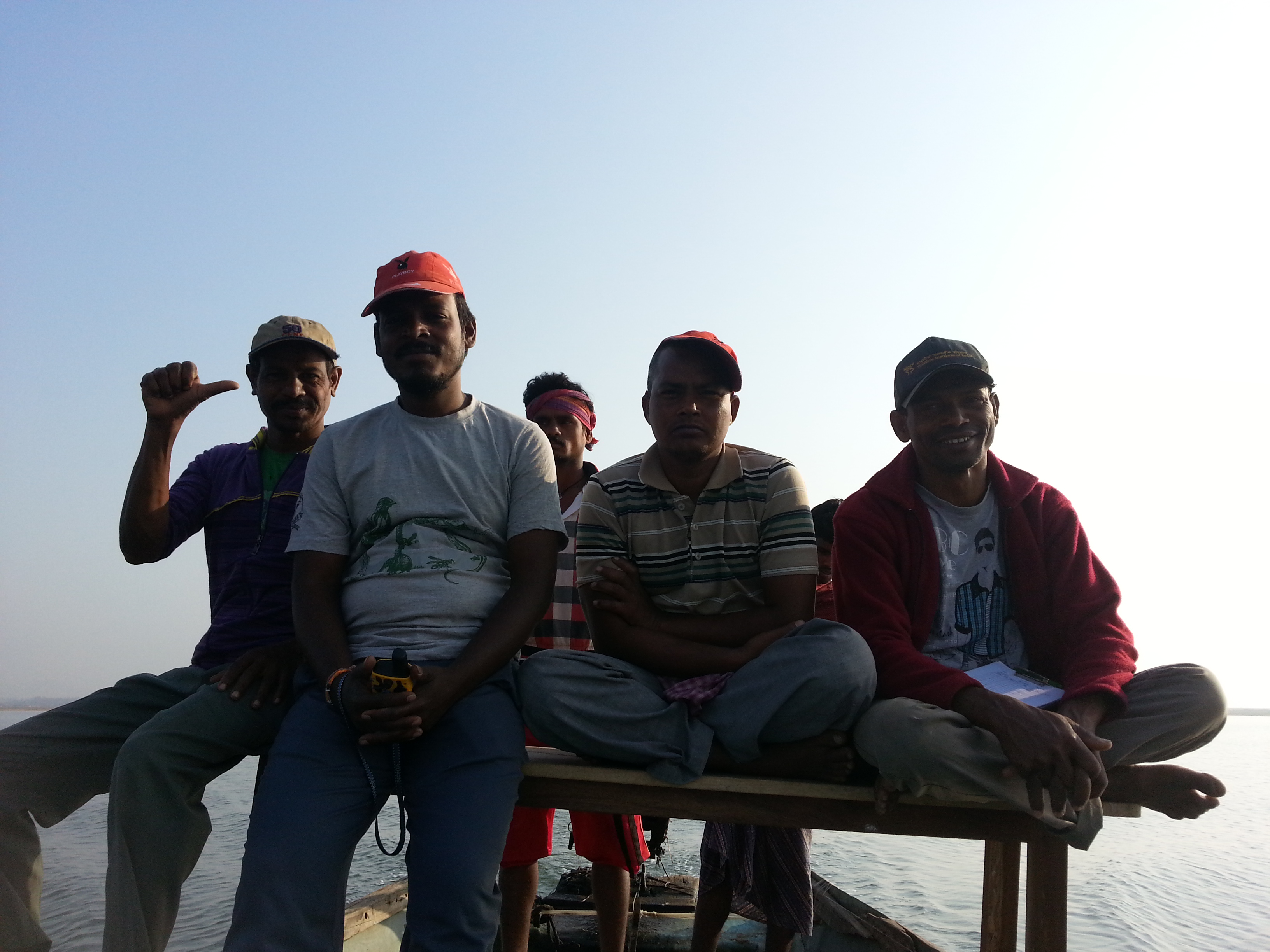 My work involves a lot of listening, gauging and reading people. So far, I’ve spoken to a wide assortment of people; in fact, never have I spoken to so many different people about the same subject. The plethora of opinions the same topic can incite is quite fascinating. Some people completely destroyed my expectations of their opinions, some people astounded me by their fine understanding of the situation and some were deeply insightful. I absolutely love the transition from a customary response to a passion filled discussion that some questions produce.

What really surprised me is that even without the far reaching influence of the internet to shape their thoughts, their ideas seem astoundingly current, or  as I view it. Most are on par with my “modern” ideology and better yet, they are eager to share their thoughts and experiences.

One particular instance that stands out in my mind occurred when I was interviewing a 63 year old man; each time I looked down to write what he was said he would tap my knee insistently as if to tell me to continue paying attention to the conversation. I don’t speak the local language but we were still communicating and quite well if I may add! Another incident that I look back on with fondness is when I walked up to a shopkeeper and asked for a sachet of hair oil. She was so upset that she didn’t have one that she insisted on rubbing oil into my hair from her personal bottle. That gesture is a fair reflection of how the people in Ganjam are in general. The simplicity of their everyday lives is something I yearn for and envy.

Some of the people with whom I got to associate closely during my first visit to Ganjam include:

Nimmi and Dhano, affectionately called the twin act, are our transport managers. Less fancily, they are the auto drivers who are extremely patient and accommodating. Whether it is half past two in the morning or one in the afternoon in scorching heat, they are always ready to help us.

Magatha, a father of 2 children, looks no different from a child himself. His childish exuberance and tendency to break into Oriya songs makes him highly endearing. His versatility with languages makes him our default translator.

Mahendra, fondly known as Mayo, is more selfie obsessed than most teenagers. Extremely hardworking, he is a brilliant field guide to have. Confident and sincere, the boldness with which he carries his unique dress sense is enviable. 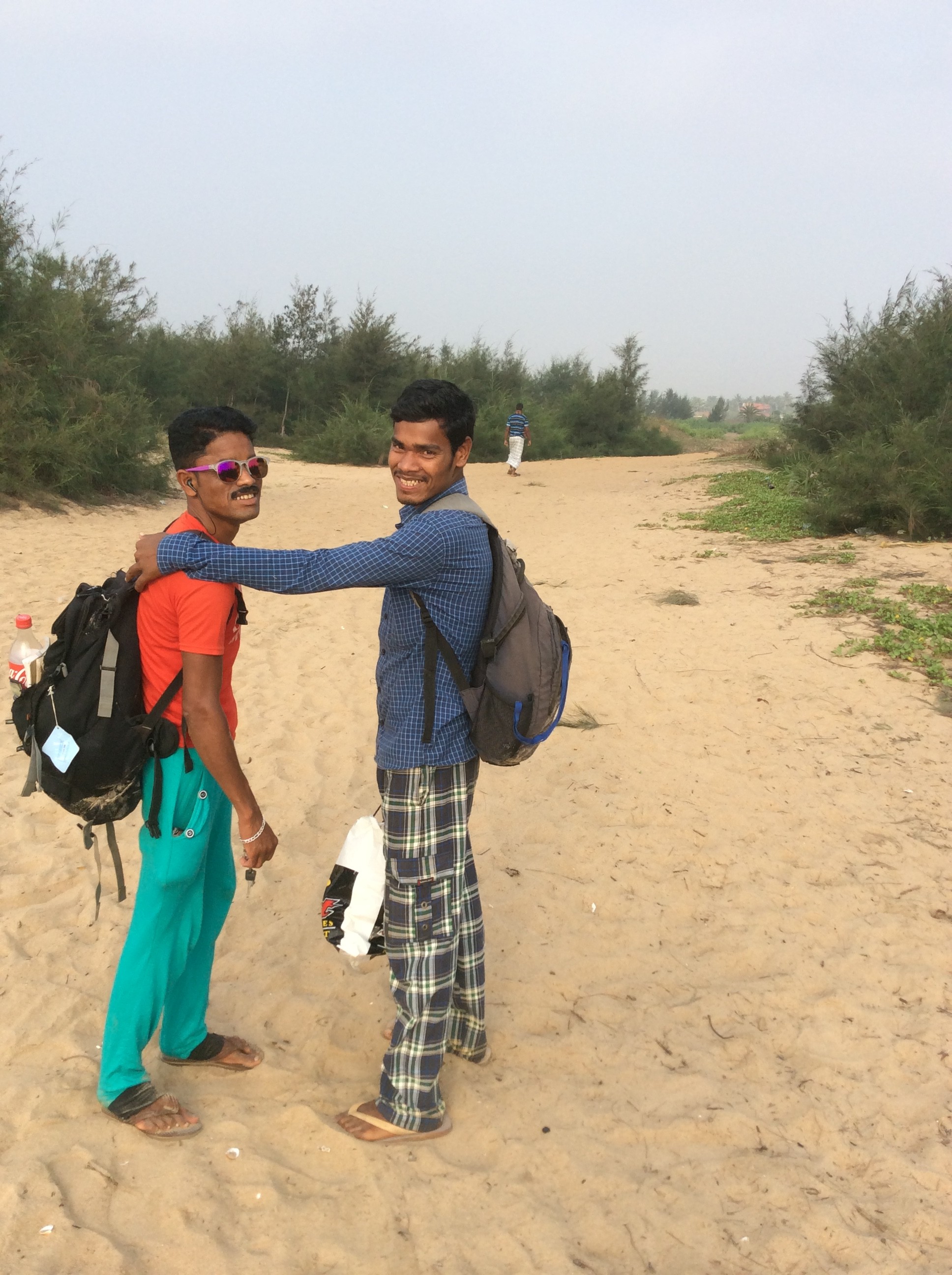 Being in Odisha was like a getaway for me. An escape into a simpler world where I could play cricket with the kids and my biggest concern was when was it going to be my turn to bat. Where sweets are still distributed if it’s your child’s birthday, where women still gather outside their houses every evening to chit chat, where foreign strangers are monsters that will eat up the kids if they don’t finish their meal. I’ve been pointed out as a monster far too many times for my comfort.

Why does Ganjam exude more warmth than any city? I would say it is because unlike people in the city, the people in Ganjam value people more than possessions.