Marine Turtles of the Indian Subcontinent

Marine turtles become accessible to humans for brief episodes in their life history, when they leave the open oceans and lumber ashore to nest. These giant air-breathing turtles belong to the most ancient line of living reptiles. However, poaching and egg depredation, development along ocean and coastal zones, and the rapid expansion and mechanization of the fishing sector in the last few decades have severely endangered these tenacious survivors.

Five of the world’s seven species of marine turtles occur on the Indian subcontinent. Many of these form a part of regionally or globally important populations. Unfortunately, information for most sites and populations is unavailable or outdated, deriving from the initial path-finding surveys that were conducted between the early ‘70’s and ‘90s.

This book documents the results of surveys carried out under GOI-UNDP sponsored project between 2000 and 2002. It gives an update on the status of India’s marine turtles while providing an impetus for participatory conservation.

To order a copy, write to Kartik Shanker at: kshanker@ces.iisc.ernet.in 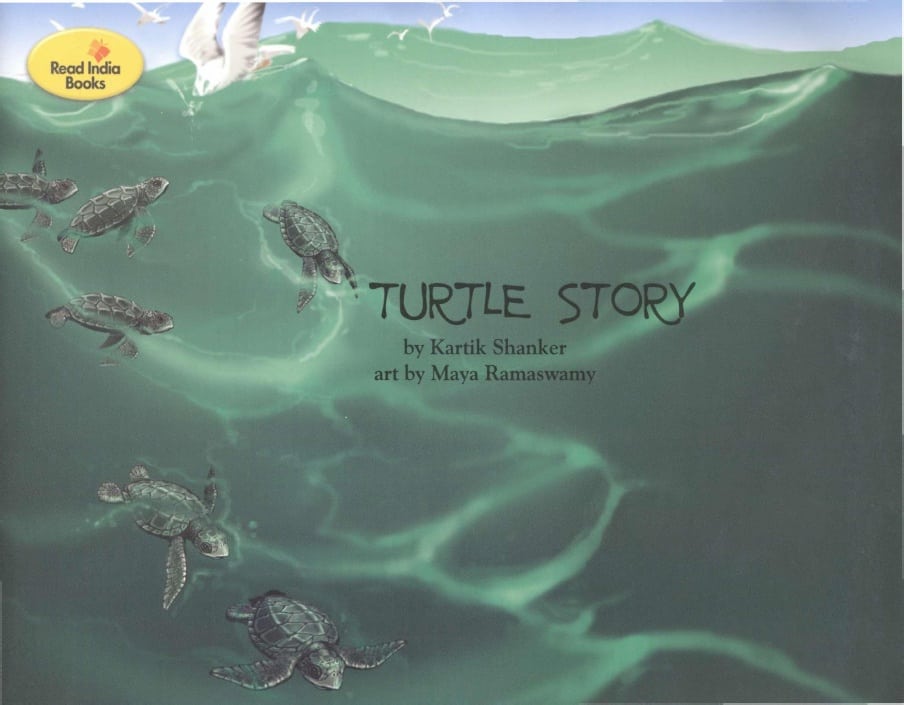 Under cover of darkness, baby olive ridley turtles hatch from sun-warmed eggs on remote beaches. One of them, the little hatchling who is the narrator of our story, is delighted to make it across the beach and into the ocean without losing her way or being captured by predators. But can our little olive ridley survive the dangers of the ocean? Will she make it past the deadly sharks and the terrible fishing nets and reach adulthood? Will she ever have the pleasure of laying her own brood of eggs? Find out in this charming life story of an olive ridley turtle, and meet several other interesting creatures along the way.
This book was originally published by Pratham Books (www.pratham.org) in 2006. It has been printed in English, Telugu, Kannada, Tamil, Marathi, Hindi and Oriya.

To order a copy, write to Kartik Shanker at: kshanker@ces.iisc.ernet.in