Las Velas: The village for the turtle tourists 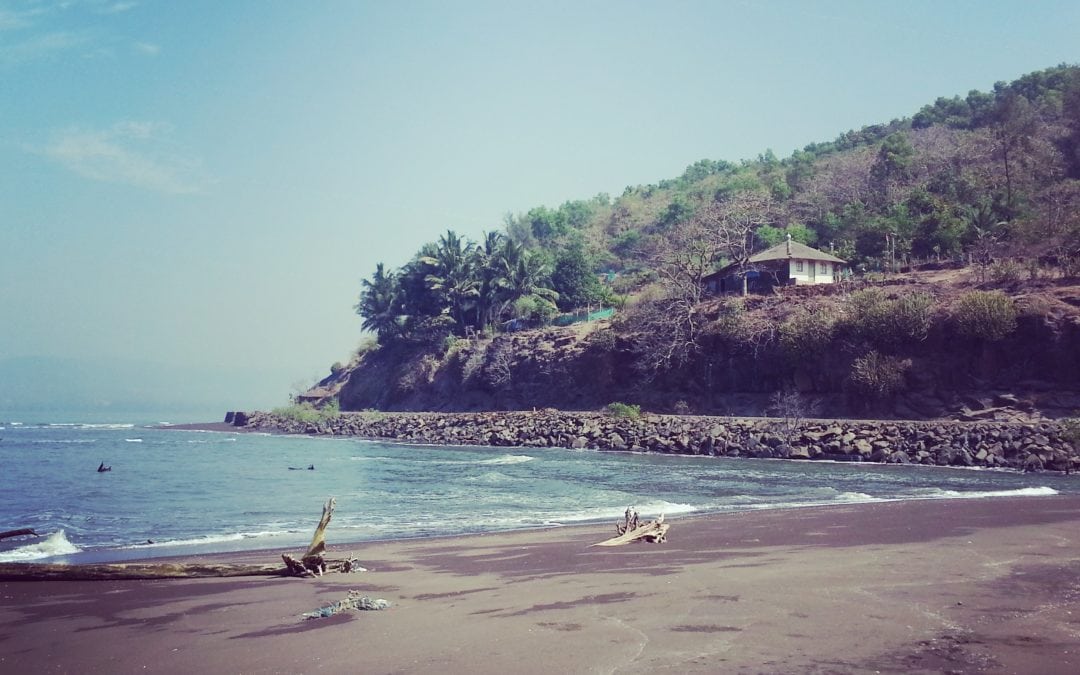 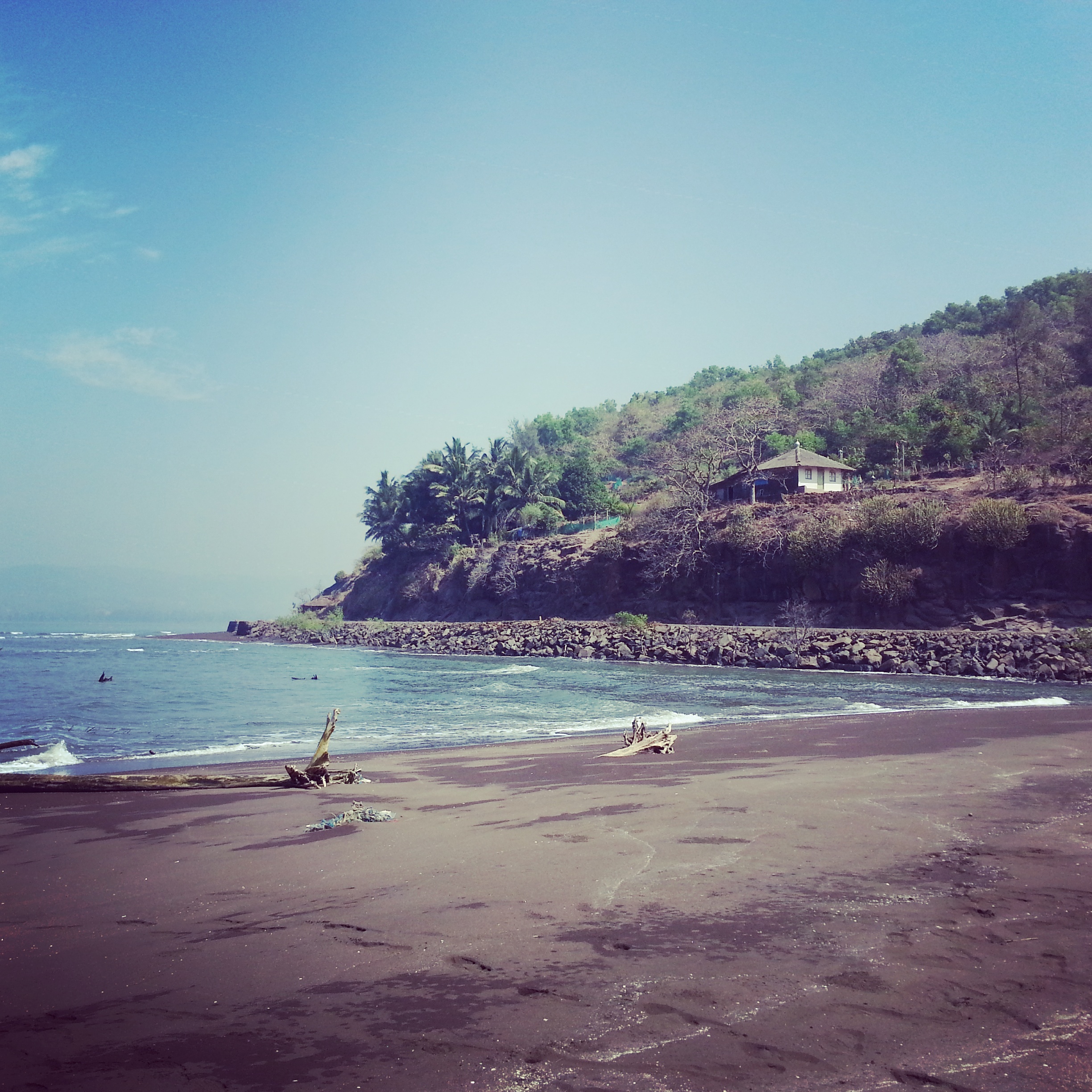 Prologue: Velas in Ratnagiri, Maharashtra has become famous for its turtle festival or ‘kasav mahotsav’. The festival is a month long affair which usually falls in March but the village starts receiving tourists as soon as the first nest hatches. I began working here to understand how this ecotourism venture was organized and the role of all the stakeholders involved in the process. Given below is an account of why the turtle festival is not the only reason to visit Velas!

Going to Velas starts with the question- where is this place? Interestingly, there are two Velas’ in Maharashtra. After you figure out the right  one (the one in Ratnagiri district), the next question is- whom do you call to enquire, how to get to this place one hasn’t even heard of, followed by the usual doubts of where to stay, what to do, what kinda food?, etc.

After a bit of enquiries, you get Mohan’s* contact details, (the local go-to/manager/in-charge) and the ordeal of managing to get a call through to him thanks to the poor network connection. Once you cross that hurdle and arrangements are made, you embark on the journey. Reaching Velas is another experience in itself especially if you drive there yourself and you find yourself questioning whether you will reach a habitable place at the end. The roads keep on getting worse and if you travel by local transport, you are constantly thinking ‘Where on earth am I going??’

Once you find the place what surprises you is the warm welcome you receive from the local host family. To be honest, when I heard about village home-stays, my first thought was that I would be a walking-talking dollar (in our case, Rupee) sign for the hosts. It was only when I reached there and realised, I was not a guest but probably more like a  relative who was visiting her native village after a long time. I have been there thrice now, each time with different people and in different seasons. I went there to learn about turtle ecotourism done in the form of a festival, my main aim wasn’t seeing turtles but rather was meeting the people organizing the festival. On my first visit, after a nice nap I went around looking for Mohan, the local expert on all matters concerning the turtles. He accompanied me to different home-stay owners for the interviews and all of them treated me to their culinary specialities.  My curiosity got them thinking that I worked for a TV channel so people were a little hesitant to talk to me in the beginning (they have had some bad experiences with a journalists in the past). At a later stage they opened up and as I became more like a family member. They could even tell I was from Pune just by my Marathi accent (while people in Pune make fun of my accent!). Barring few cultural differences (women wearing shorts is their biggest complaint!!), they told me that rural and urban populations were not very different when provided with basic needs. In my experience one of the most endearing thing about Velas was the men of the house encouraging their wives to speak so that in future, they could speak confidently with the tourists. All the owners were extremely happy with the tourists and recounted the grief they felt when any group left. They loved it when foreign tourists would sit down on the floor and eat or when they asked for chaha (tea)! On all my visits, I have stayed at Nani’s house. I don’t even remember her real name now but have been treated like a family. 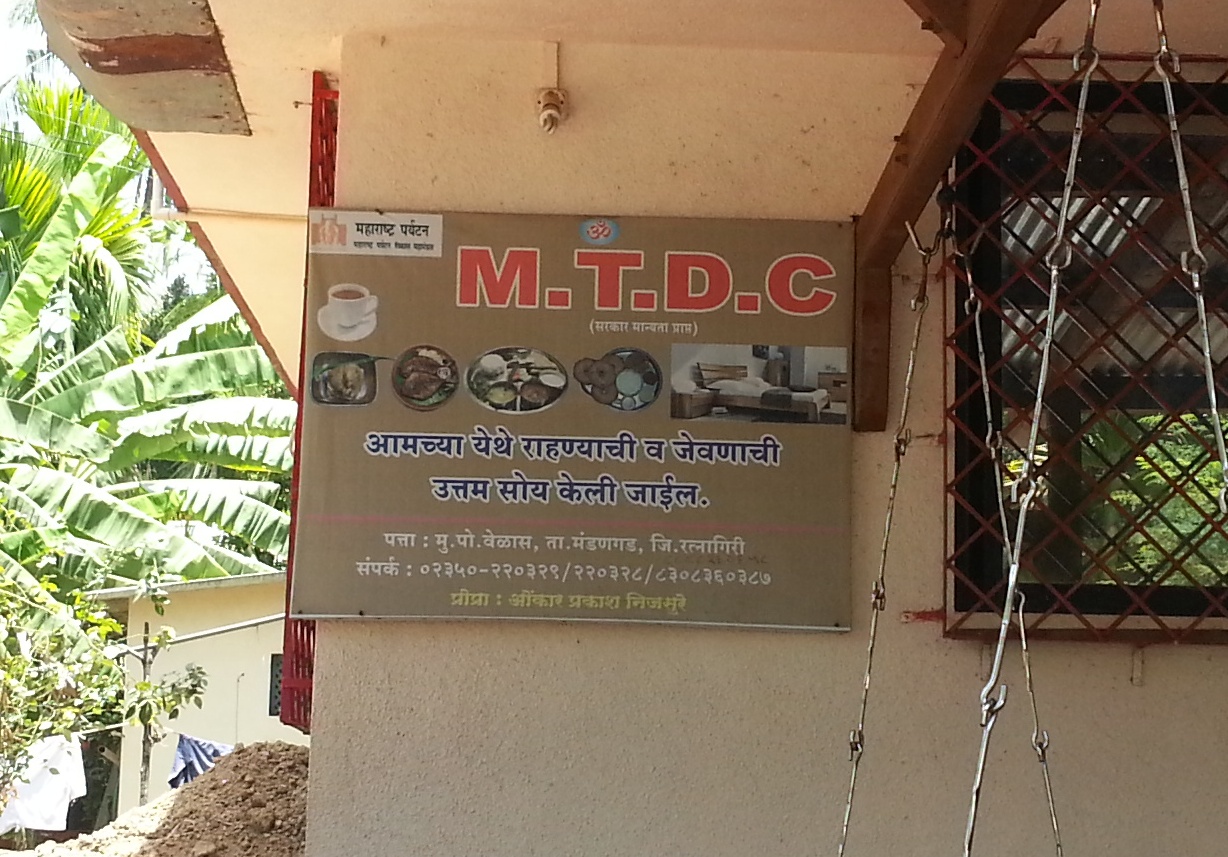 Of all my three trips my favourite trip was the second time during the mango season. My parents had accompanied me this time, we reached Velas a little after lunch and as soon as Nani saw that I had come with my folks, she sent her granddaughter to arrange mattresses knowing the drive would’ve been tiring.  Mrs. Shrivardhankar also sent some solkadi (a local drink made from coconut and garcinia) for my parents (who then craved for more and so were treated to toddy next!). The best was when they directed us to the person who had harvested the best mangoes of the season in Velas who even gave a discount!!

What I loved about Velas was their candidness. They had no qualms telling me about the times when they consumed turtle eggs and one of them even sold a turtle for Rs. 125/- in his childhood. Another thing I enjoyed was the tizzy the villagers would go into by the entry of just one non-Velasian! 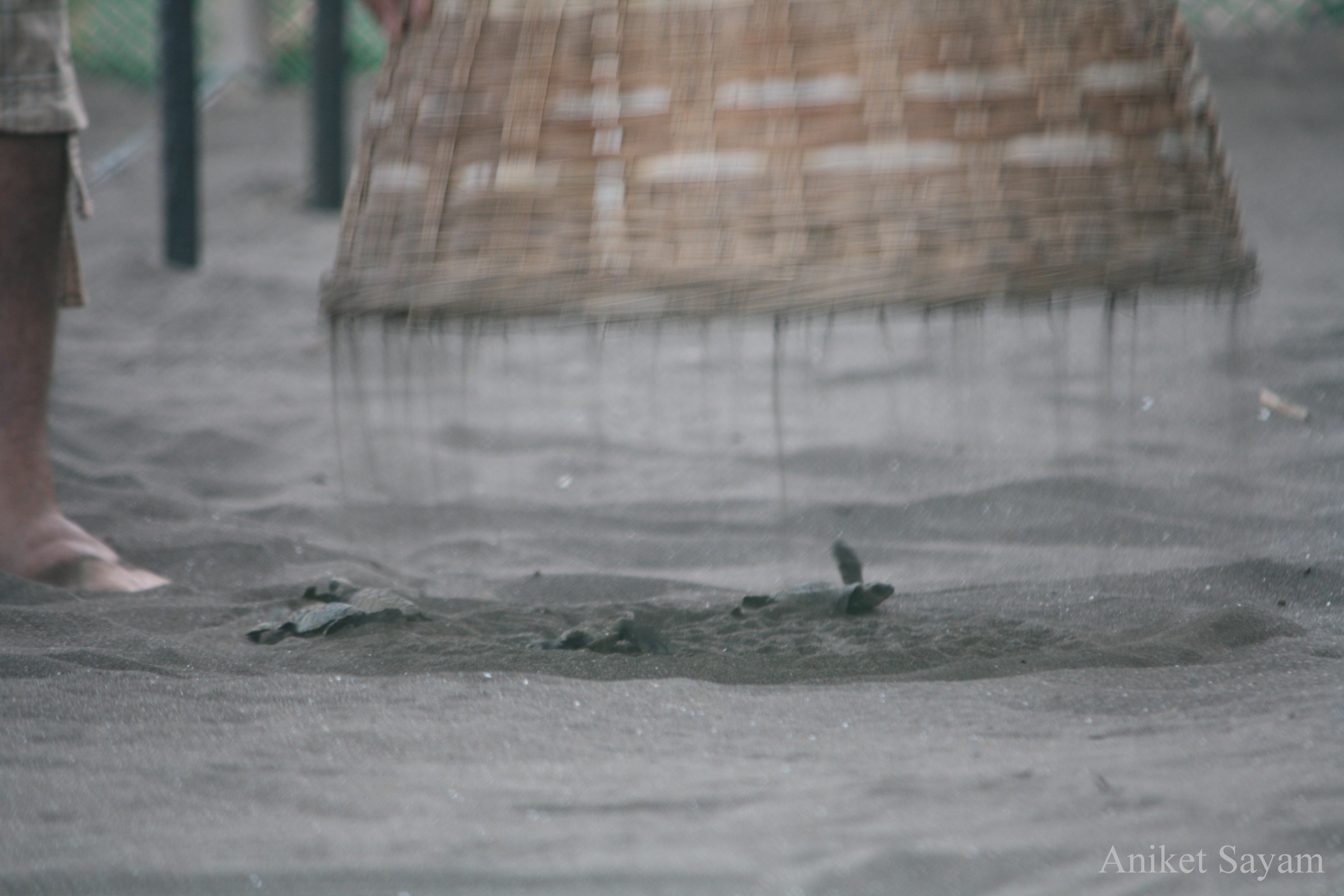 Hatchlings to be released from hatchery: Aniket Sayam

What struck me most with surprise was their enterprising nature and knowledge about all things related to the festival. Despite of not being in favour of the ecotourism venture from the start, they have definitely realised its importance and benefits now; and are working towards improving and even expanding it. Without direct participation in the monitoring activities, they are well aware of who is the most efficient in terms of monitoring, relocation and even predicting hatching dates. What’s even more shocking is that the older generation are more interested and enthusiastic about this venture. They are mindful of the future issues they might have to face and are already pushing to make changes in their system to avoid trouble.

My next visit to Velas will not necessarily be for the turtle festival but to meet all the people I have met on my previous visits. I have also realised that it is a great place for some R & R with its limited or no network connectivity and humid weather that lets you unwind, sometimes knocks you out for hours, have a beach close by and local delicacies at your disposal without the complexities of a resort- who wouldn’t want to go there! Add some mangoes and prawn curry to that equation and I’m completely sold!