Dialogue with the Sea 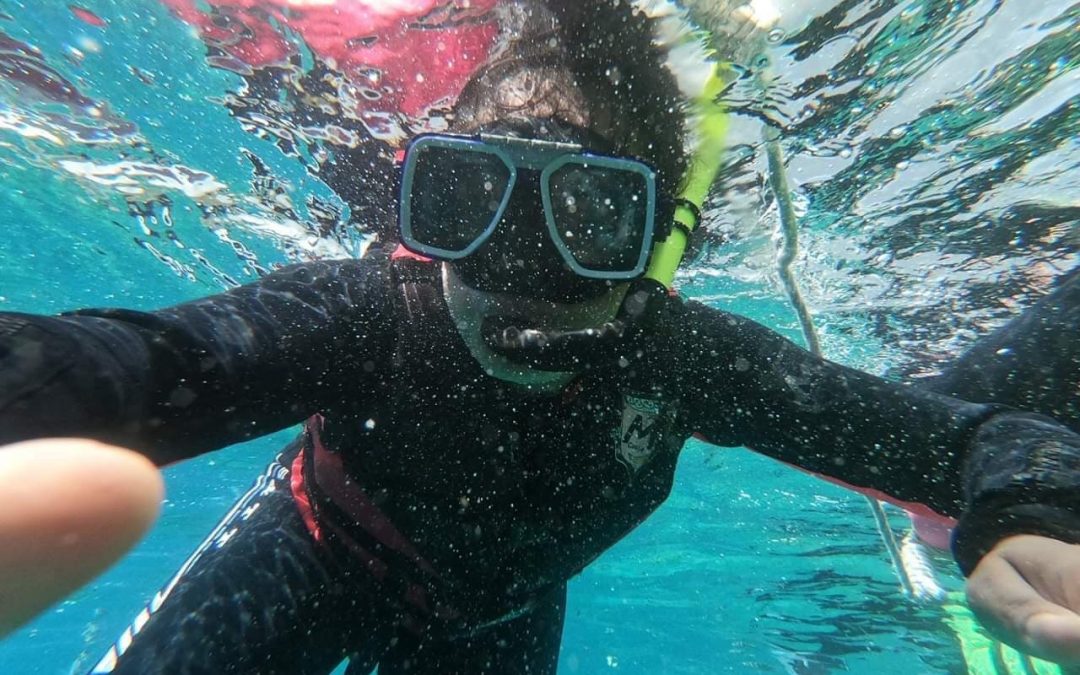 Born and brought up in Delhi, living amidst the city lights, I have always had an immense love for shades of green and blue, whether it is the lush green mountains or the expanse of blue skies. Being an ardent zoologist, I have devoted my research career to the conservation of mammalian fauna. For the past five years, I would always find myself in rain boots covered in mud from swamps, making my way through mixed vegetation to locate my subjects. Having started with terrestrial biodiversity, I was ready to embark on a journey to explore marine biodiversity.

One day, out of the blue, I was told by my parents to pack my bags. The following day, I found myself sitting on a plane on my way to explore the archipelago of islands sitting in the Indian Ocean – the Andaman and Nicobar Islands. I was very excited and couldn’t wait to set foot in the crystal blue of the Indian Ocean.  After arriving, we decided to go scuba diving in the afternoon to find out what the ocean had to offer. As I walked on the fine, warm sand and waded into the ocean, a big wave rose to welcome me and pushed me back. It gave me my first real taste of the sea. Somehow, I managed to stand up and walk back, buckle up with the diving suit and scuba tank, and we began the dive. The dive began with a set of instructions, and I was too focused just to make sure I don’t even miss a thing. My instructor, a wonderful folk, knew how to calm down my nerves in the waters of the gigantic sea. Now, I was all prepared to begin the sojourn.

Another funny incident awaited me. Having no prior experience in diving, I tried to seal my mouth and, thus, struggled to breathe through the gear. Once again, I ended up swallowing the salty water. It took me several minutes to get accustomed to the gear, but eventually, I could go deeper into the mystical blue waters. 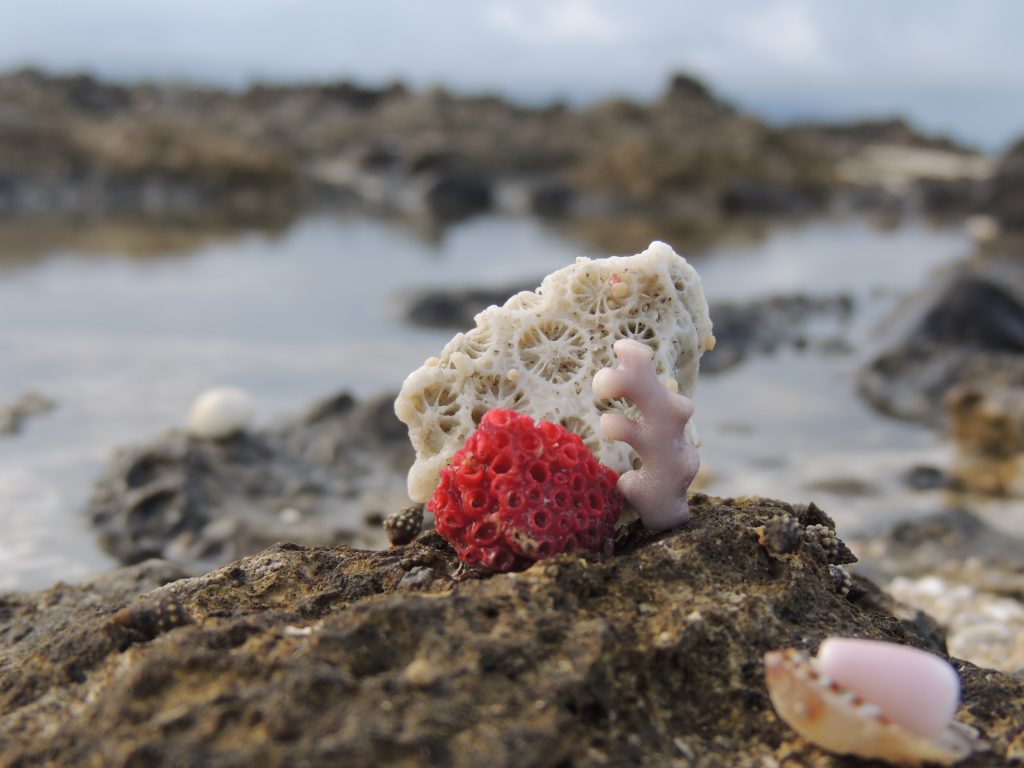 My first diving experience was spectacular. These were some of the most beautiful and colorful animals I had ever seen – corals visited by blue tang, clownfish, surgeonfish; crabs that I had only seen in marine documentaries; and many other miniature organisms.

Effortlessly moving through the crystalline waters, I soaked up and embraced every single moment of being in the sea and living through the pages of National Geographic magazines. Watching schools of fish and jellyfish, I was patiently waiting to see some chelonians, also known as sea turtles. The Indian Ocean is home to several sea turtle species, including the olive ridley, green, leatherback, hawksbill, and loggerhead.  After spending an hour in the enchanting sea, it was time to head back to shore, but I never quite gave up the hope of spotting a turtle.

I was preparing to come ashore, but I got distracted by a giant rock, camouflaged and moving stealthily. I could see the magnificent turtle swimming underneath me, grabbing my attention, and couldn’t stop admiring its beauty. Spotting the turtle fueled my curiosity to find out what species it was. After returning, I couldn’t wait to compare the many pictures I had taken with the images on the internet. I avidly searched until I found it: the green sea turtle (Chelonia mydas). How did I know it was the green turtle? The green sea turtle has characteristic ‘prefrontal scales’ present between the eyes. Although the beak, shell, and counting of lateral scutes make every turtle species unique, I could only determine based on prefrontal scales since other parts of the body were vaguely visible. Interestingly, this species is classified as a carnivore during its juvenile years with a progressive shift towards seagrass and algae. 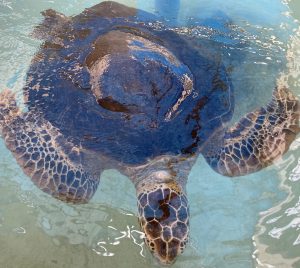 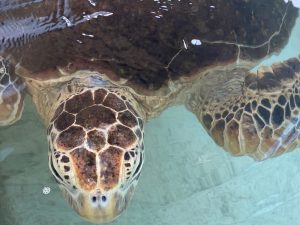 It is heartbreaking to know that changes in global temperature are impacting these creatures directly in numerous ways. Additionally, anthropogenic activities such as overfishing using gill nets, trawls, longlines, and dredges have not only endangered the green turtle in certain parts of the world but are also affecting other populations. Nevertheless, it is still not too late to safeguard these mystical creatures and give future generations a fair chance to witness their existence and admire their beauty.

My first encounter with marine wilderness and its creatures bewitched me, but the green turtle definitely stole the show. Oh, I cannot wait to feel the sand between my toes again and further explore more hidden gems of the ocean!