An Ever-Present Frame of Reference 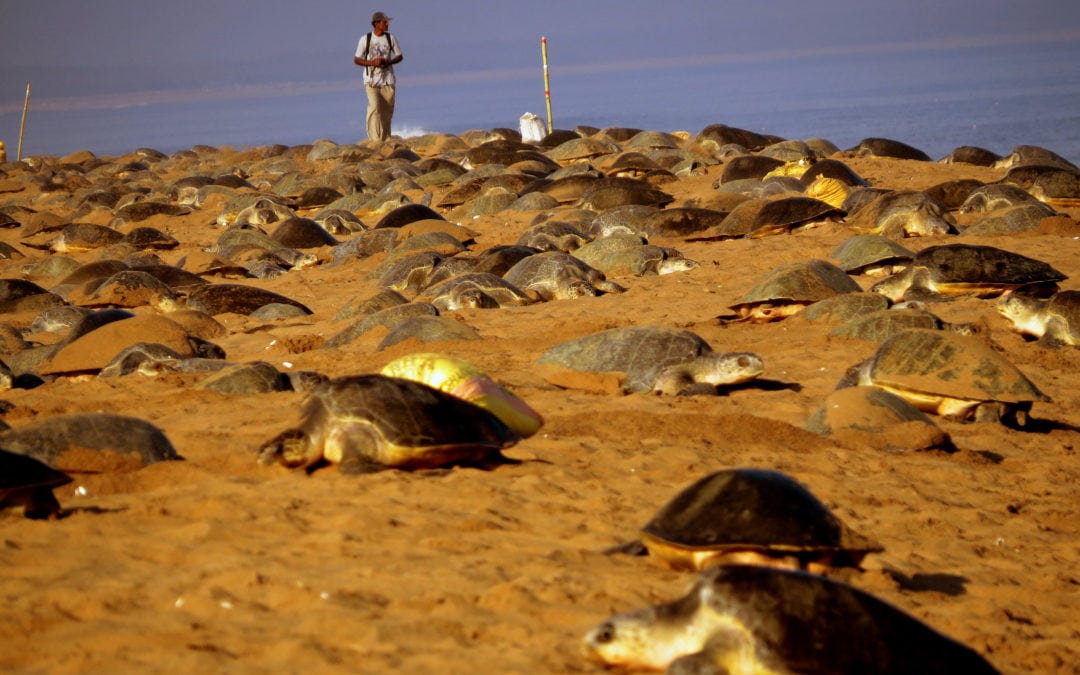 It is 3:00 p.m. on February 15. You are framing a snapshot of the arribada, the annual mass nesting of olive ridley sea turtles. The shot is perfect—except that a figure stands tall as an icon, right there in the middle of your frame. The figure is Rabi, Rabindranath Sahu, founder and head of the Rushikulya Sea Turtle Protection Committee (RSTPC). 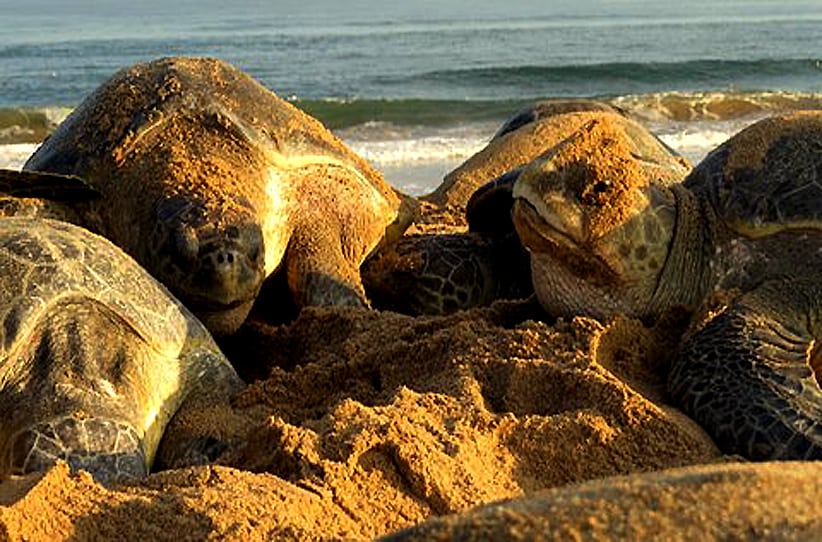 To accomplish the photograph you wish to achieve, you will have to maneuver the 50-odd meters past hundreds of crawling, nesting, sighing, sand-flinging sea turtles. As you pass Rabi, he will ask you whether you are enjoying your day. He will tell you how lucky you are to experience the marvel, how money cannot possibly buy you such an experience anywhere else in the world, and how you had better keep taking all the pictures you need. Have your fill.

And meanwhile, the moment itself will be lost. So you give up on the shot. Instead you search for another angle to capture the sea turtle spectacle.

Sea turtles have probably been in this region since time immemorial, and Rabi has been here since the 90s. He spent a few years working for the illustrious sea turtle expert, Bivash Pandav (“I was a volunteer”), before realizing there was an untapped marketing opportunity in Rushikulya. And so the RSTPC was born.

To his credit, Rabi has an uncanny sense about the sea turtles. At the 2013 Turtle Action Group (TAG) meeting mid-January, he declared the arribada would begin on February 15 (the turtles began arriving on February 12). Early on the morning of February 15, he predicted that if there were clouds or a cool morning, crowds of sea turtles would begin arriving by afternoon (they did). He has trained countless children in rescuing disoriented hatchlings and lining them up close enough to the shoreline that they can crawl down the sand and into the tossing waves.

Rabi’s visions of beach cleaning and hatchling rescues are grand, even if implementations fall short (after all, the real world is rife with surprises waiting to trip us all). He’s also astute enough to keep the children and other volunteers holding up his Rushikulya Sea Turtle Protection Committee banner for long enough to memorialize the moment, complete with Forest Department dignitaries and himself in the photographs.

Many of us have, at one point or another, had a midnight moment when Rabi was there to help us get across the dire straits separating us from the turtles. In 2012 Rabi disentangled hundreds of hatchlings trapped in waste fishing nets at the beach near Podampeta Village. Even though the cameras were close at hand, you have to give credit where it is due. In short: if sea turtles or related issues are anywhere on the horizon, you can be fairly certain Rabi will not be far away.

And so you have it. The perfect snapshot and Rabi, Rushikulya’s sea turtle icon, standing in the middle of your frame. And when you realize there’s essentially no separating the sea turtles from the person, you raise your camera and take the photograph. 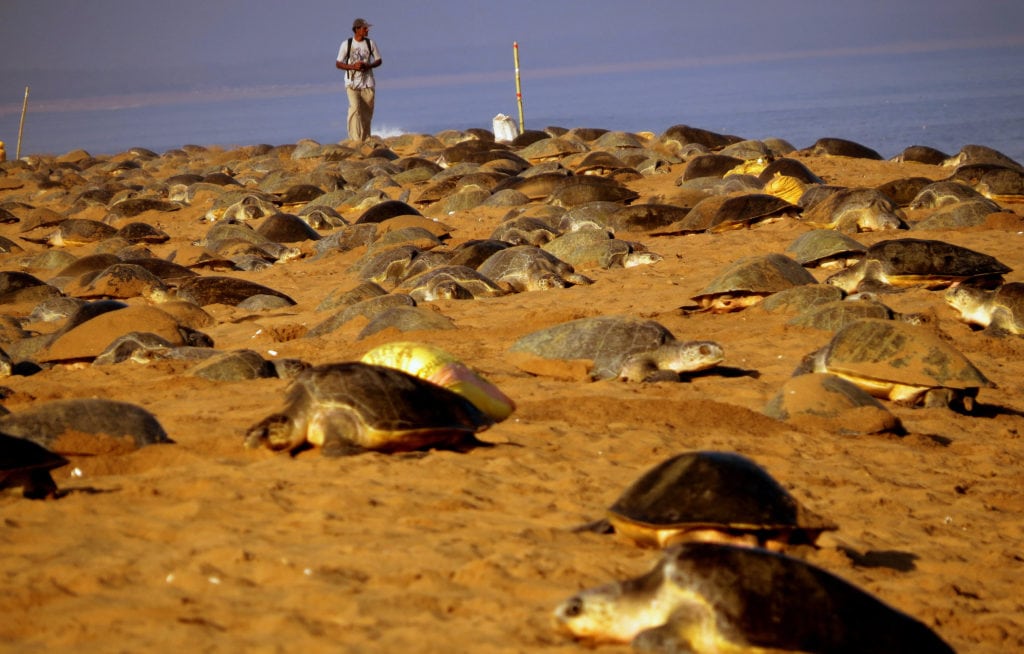 Maya Khosla is an independent writing and editing professional based in New Delhi, India and writes for Turtle Dairies of Save Our Seas Foundation.

Along with Rita Banerji of Dusty Foot Productions, Maya Khosla  co-directs “The Turtle Diaries,” a film and education project supported by 2 awards from the Save Our Seas Foundation . For more information, please visit The Turtle Dairies project.