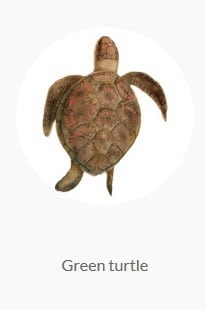 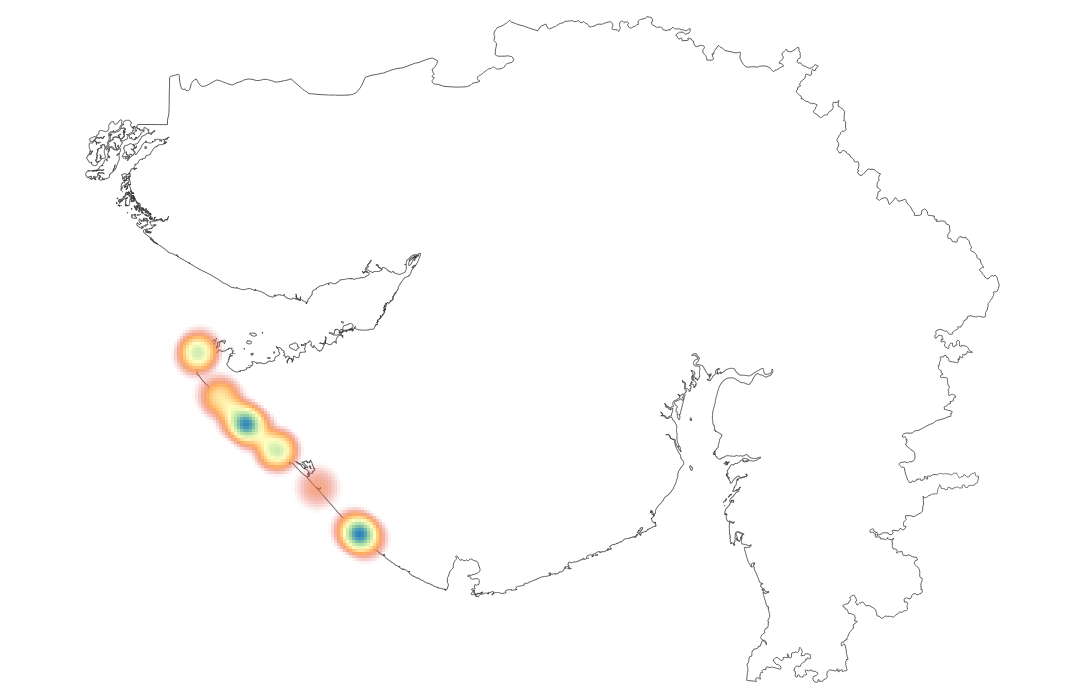 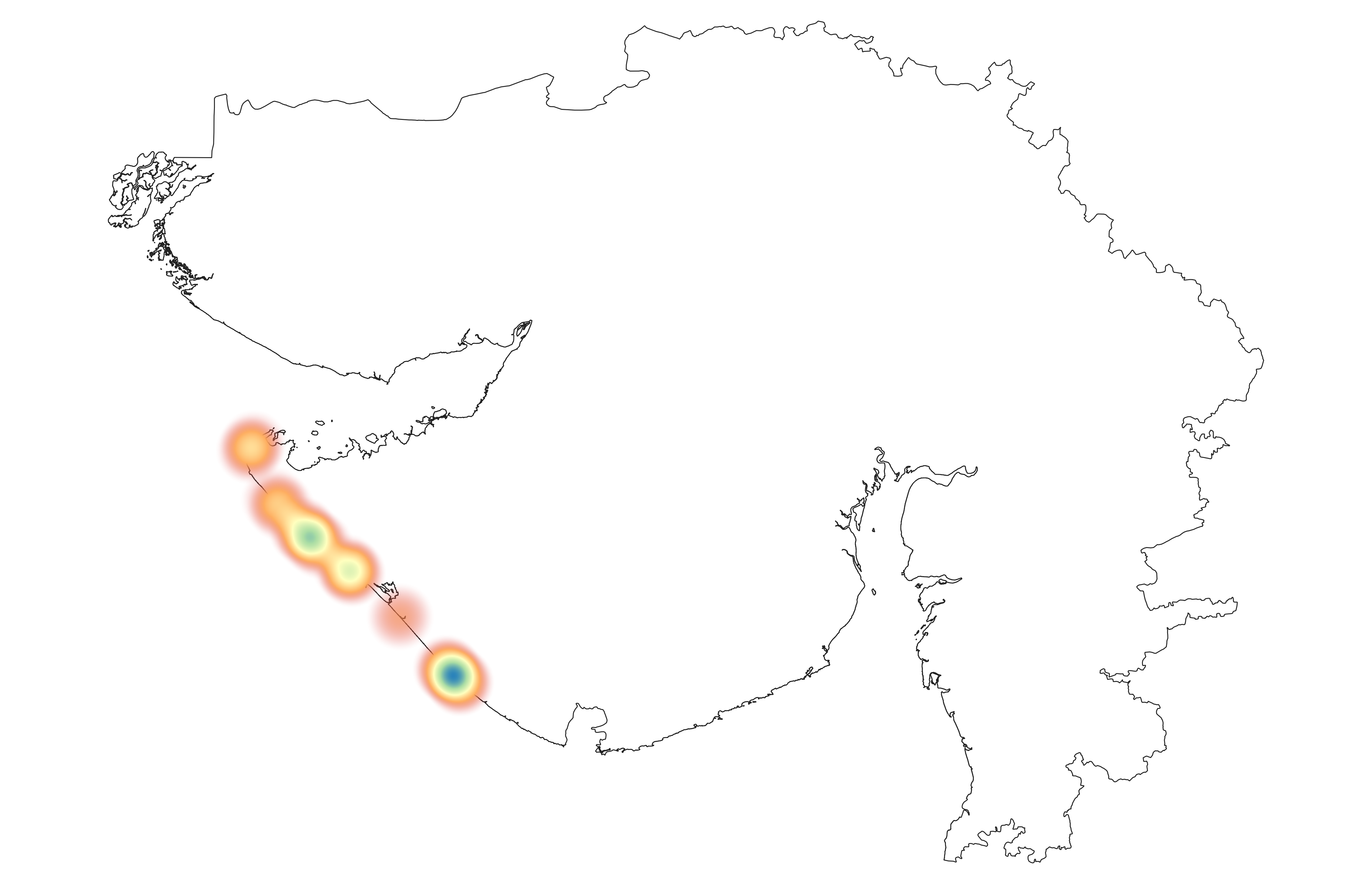 Gujarat has the longest coastline in India, covering more than 1,600 km and contributing around 22% of the total coastline of the country. It has four species of sea turtles – olive ridley, green turtle, leatherback and hawksbill, but currently only the first two are known to nest along this coast.

A lot of the base line information regarding sea turtles in this region came from Satish Bhaskar’s surveys. Bhaskar reported about the Piram Island which he called a ‘natural laboratory to monitor nesting numbers’ due to the daytime nesting of the ridleys. He also recorded a significant number of green turtle nesting and noted sea grass beds and coral reefs near Karumbhar Island. Gujarat does not have a long history of sea turtle conservation; intervention by non – government organizations began shortly after the GOI-UNDP Sea Turtle Project in 2000.

In May 1990, on Bhaidar Island, a fisherman captured a green turtle and observed a tag on it. He reported this tag to a researcher at Saurashtra University who found out that the information on the tag belonged to a sea turtle biologist named Fehmida Firdous from Pakistan. Fehmida managed the sea turtle project of the Sindh Wildlife Management Board from the early 1980s onwards. This program had tagged over a 1000 green and olive ridley turtles in the 1980s and this turtle was tagged in September 1989 at Hawkes Bay beach, Karachi. This particular turtle had travelled 300km to the Gulf of Kachchh.

The turtle lore of Gujarat begins with Satish Bhaskar’s surveys between 1977 and 1981 where he reported killing of olive ridley and green turtles for their fat used to caulk fishing boats. Since then many large organizations like World Wildlife Fund (WWF), Centre for Environment Education (CEE) etc., have been actively involved in conservation of sea turtles in Gujarat. Additionally, a significant number of individual efforts and small NGOs seem to have made a positive impact not just to the turtles but also to the marine biodiversity occurring on the Gujarat coast.

A survey along the Gujarat coast was carried out in 2000 under the Government of India-United Nations Development Programme sponsored sea turtle projects, provided a comprehensive update on the status of sea turtles along this coast. Out of the 1,313 km of beach surveyed, the potential nesting area identified was only 520 km (39.6%). Six districts were surveyed and it was found that Kachchh, Jamnagar and Junagadh had the highest density of nesting, while Amreli, Bhavnagar and Valsad had very few nests.

Sea turtles in Gujarat were first surveyed by Satish Bhaskar between 1977 and 1981 reported at the Central Marine Fisheries Research Institute (CMFRI) conference in 1984 (Bhaskar 1978). On his first visit in June – July 1977, Bhaskar visited Bhaidar Island, and noted the nesting of olive ridley turtles. Contrary to the east coast where ridleys nest in winter, the nesting season for this species was July to November. Bhaskar recorded significant green turtle nesting on the Kachchh and western Saurashtra coasts during his surveys in 1981. On the northern Saurashtra coast near Karumbhar Island, he noted seagrass beds and coral reefs where he found a considerable population of foraging green turtles. He speculated that these green turtles might nest in Sandspit and Hawkes Bay in Pakistan.

Siraimeetan of CMFRI participated in a three-month long fishing programme to study demersal fish in 1983-84. During this period they caught 70 green turtles near the Kachchh and Porbandar coasts.  Most of the turtles captured were females (Siraimeetan 1988).

In 1998, E.K.Nareshwar (Naresh) of (CEE) conducted a few education and awareness programmes at Beyt Dwarka. Naresh reported about egg collection, which was used as horse feed after combining the eggs with jaggery (Nareshwar 1998). Naresh also undertook a small survey of the little known Gulf of Khambat and found evidence of nesting, including on the island of Pirambeyt. He also found evidence of hatcheries officially called Hatchery of Sea Turtles (HOST) run by the forest department in the late 1980s on the mainland near Hathab and on Pirambeyt; a new hatchery was constructed 2007.

In 2001, Wesley Sunderraj and Justus Joshua of the Gujarat Institute of Desert Ecology (GuIDE), undertook a systematic survey of sea turtles on the Gujarat coast as part of the GOI-UNDP project followed by another survey in 2002-03. In both surveys, the main threats to sea turtles were identified as nest depredation by humans and animals, fishery related mortality, sand mining and extensive coastal industrial activity, including ship breaking yards, ports and oil refineries.

By 1990s, information on sea turtles in the state came mainly from researchers working on other coastal projects and environmental educators. Pranav Trivedi who worked with WWF-Gujarat for a decade ran education camps at a number of sites on the Gujarat coast including Beyt Dwarka and islands like Pirotan, perhaps the best known island and the catalyst for the establishment of the marine national park.

Sunderraj and Joshua gained support from the forest department staff, local fishermen and they also attempted to involve NGOs in the programme which included Satish Trivedi of the Amateur Rangers Nature Club in Mithapur, who had escorted Jack Frazier many years before, Panchjany Pariyavaran Trust in Bet Dwarka and others such as Okha-Mandal Pariyavaran Vikas Trust in Jamnagar district.

One of the groups they encountered was the Kachba Unchar Kendra in Madhavpur, a small group of individuals who had shown great dedication in running a sea turtle hatchery at this site. Another group was the Gir Nature Youth club, with Amit Jethwa at its helm. Jethwa met Dinesh Goswami, a daily wager worker at Ambuja Cements in Kodinar and encouraged him to start pursuing sea turtle conservation in his area, in Kodinar near Veraval along the Junagadh coast.

Goswami formally established his organisation, initially called Prakruthi Parivar and later known as Prakruti Nature Club (PNC), in 2004. He also became involved in the conservation of whale sharks, inspired by the film made by Mike Pandey. Over the last decade PNC has been highly active in rescuing whale sharks, snakes and have released over 20,000 sea turtle hatchlings. They have managed to get support from the forest departments as well as a lot of industries along the coast.

Key figures in turtle conservation and research in Gujarat

Siraimeetan, P. 1988. Observations on the green turtle Chelonia mydas along the Gujarat coast. Proceedings of the Symposium on Endangered Marine Animals and Marine Parks, 1: 290-297. Marine Biological Association of India. 505 p.