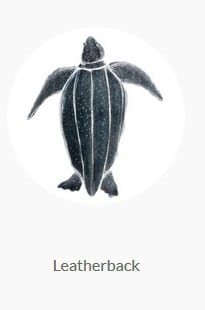 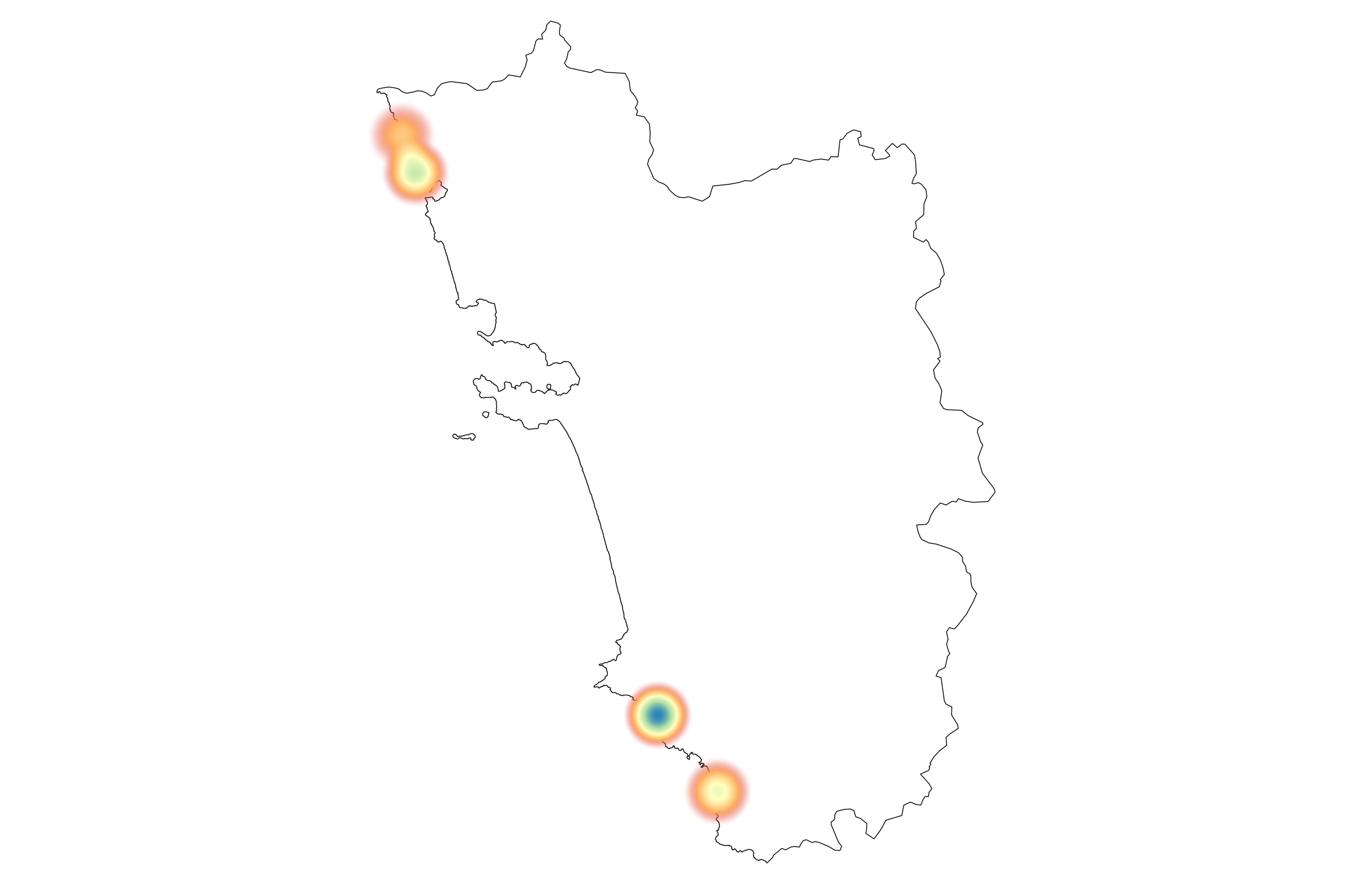 Goa has a coastline of approximately 102 km. The olive ridley is the only species known to currently nest at the beaches with sparse records of green, hawksbill and leatherback turtles from the offshore waters of the Goa coast.

The ‘Navprabha’ newspaper reported a green turtle caught in Ribandar, an area upriver from the mouth of the Mandovi River (Bhaskar 1984). Satish Bhaskar investigated and found out from a local fisher named Pedro that 30 to 40 turtles had been caught that year and most fishers in Goa relished their meat.

The shoreline of Goa spans about 102 km, attracting not only olive ridley turtles but also tourists from all around the world. Satish Bhaskar, who moved to Goa after retiring from sea turtle research, provided some notes at a Central Marine Fisheries Research Institute (CMFRI) workshop in 1984 about the Goa coast describing previous records of nesting ridleys. He reported that Goa’s sandy beaches were turning into popular tourist attractions causing a lot of disturbance to the turtles that came to nest ashore at the same time as the peak tourist season.

In the 1990s, due to the lack of income from fishing, many families began to erect shacks to attract tourists. Calangute, Miramar, Colva and Majorda emerged as popular destinations among Indian and foreign tourists leading to a lot of development along the beaches. By the mid-1990s, a turtle conservation programme had gained momentum and received attention from the local media. The turtle conservation programme caught the eye of the forest department, which got involved in the programme. The forest department started some conservation programmes by involving the local communities. However, due to competition between the shack-owners and conflict between the communities, the programme declined.

The first comprehensive survey was carried out in 2000-2001 by Varad Giri of the Bombay Natural History Society (BNHS). It reported occurrences of olive ridleys, green turtles and leatherbacks from 19 localities in Goa. Olive ridleys were the most commonly sighted species, though there were also sporadic sightings of green and leatherback turtles. Goa was reported to have a greater level of public awareness about sea turtles compared to Maharashtra. The forest department of Goa was active and had initiated a sea turtle conservation movement with the help of local people.

In 2000, Roshni Kutty of Kalpavriksh assessed the success of the turtle-based ecotourism programmes carried out in Goa. Her assessment showed that development of some infrastructure in Goa, like street lights that were installed in the area to attract more tourists, had adverse impacts on turtle nesting. In addition, hatchlings in the hatcheries were retained, which was detrimental for their survival. Competition between shack owners due to differing perspectives created internal conflict and a rift, and lowered community participation in the initiative.

In 1990, Gerard Fernandes moved back to his village in Morjim after an early retirement from the armed forces in 1990. Fernandes and his wife were unhappy to observe the loss of traditional fishing practises and degradation of the village due to rapid development. They also observed the sale of turtle eggs and meat in the market and Fernandes decided to initiate the conservation of sea turtles in the area. He with his wife spread awareness within the community about the importance of sea turtles. They also met Claude Alvares, a noted environmental activist in Goa, who advised them on involving local communities.

Morjim has a fisher community comprising of 150 families practising a number of other occupations like toddy tapping, agriculture, rope-making and liquor-distilling, particularly feni, the local brew usually made from coconut or cashew. Due to the depletion of local fish stocks, many traditional fishermen had begun working on mechanised trawlers and traditional methods of fishing started to decline. The fishers also began to erect shacks on the beach for tourists as an alternative source of livelihood.

Fernandes’ group, along with the forest department, convinced local youth to generate income by attracting tourists with sea turtle conservation. Given the increase in foreign tourists and decline in the fish catch, the idea was welcome. Initially, financial incentives were provided to control the poaching of eggs. Senior members stopped collecting eggs and over a period of time, the community began to disapprove of poaching. Individuals patrolled the beach and escorted tourists to observe nesting turtles. Forest officials were informed about each nest and a fence was erected around the nest indicating the protection by the forest department. Captain Fernandes was recognised by the Government of Goa in 1998 for his contribution to sea turtle conservation.

In 1996-97, CA Reddy, the local Deputy Conservator of Forests who was a strong supporter of the turtle conservation programme, employed permanent staff to patrol the beach during the nesting season and involved local communities to patrol the beach during nesting (Kutty 2000). The department involved youth from local fishing communities in patrolling and other activities on a regular basis. By this time, the programme had caught local media attention and became popular. The Forest department expanded the programme at Galgibaga where Varad Giri from BNHS reported protection of 15-20 nests during his visit in 2000.

Sujeet Dongre from Centre for Environmental Education (CEE) launched a sea turtle conservation, education and awareness programme in 2003. The program involved training of teachers on the importance of sea turtle conservation and developing educational material for schools in Morjim, Galgibaga and Agonda. The project also tried to establish the linkages between schools and the forest department. Through the efforts of CEE in Goa, the collaboration between the local communities and forest department in Morjim was revived in 2007-08. The forest department also started to operate hatcheries in Morjim and Galgibaga, two of the principal nesting sites for olive ridleys in Goa.

Key figures in sea turtle reseach and conservation in Goa

Giri, V. 2000. A preliminary survey of sea turtles along the coast of Maharashtra and Goa. Kachhapa 3: 5–6.