Located to the north of the Bay of Bengal, Bangladesh has a coastline of about 710 km. It supports five species of marine turtles in its territorial waters, namely the olive ridley, green, hawksbill, loggerhead and leatherback turtle. Sandy beaches, suitable for turtle nesting, are available in sections along the mainland and on offshore islands. Three species of marine turtles have been reported to nest in Bangladesh. Among them, olive ridley and green turtles are common, while hawksbills are rare with the last nests seen in 1998 at St. Martin Island. 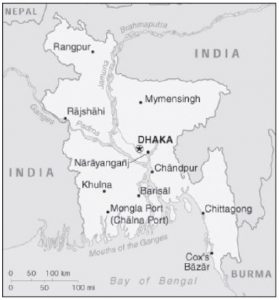 Olive ridleys have been found to nest on sandy beaches all along the mainland coast of Bangladesh and on islands stretching from the Sunderban mangrove forests in the southwest to St. Martin’s Island (locally known as Narikel-Jinjiradweep) in the southeast. Only about 13 sea turtle nesting beaches are known, and most studies are carried out on beaches of Cox’s Bazar area. 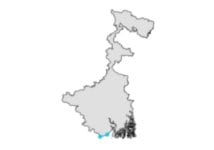 This highlights the need for detailed surveys along the entire coastline. It is estimated that the number of marine turtles nesting annually on these beaches may not exceed 1,000-1,100 individuals. The highest number of turtles recorded in one night has been 35 individuals on St. Martin’s Island in 1987 on a one kilometer beach stretch. 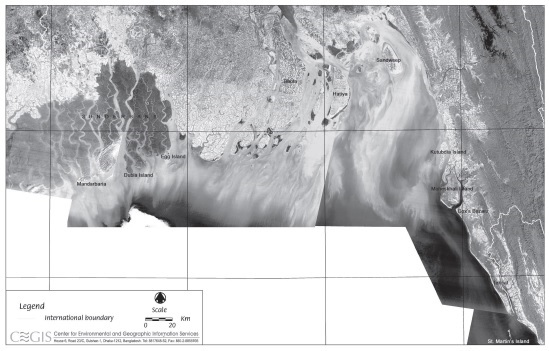 Green turtles are less widespread than olive ridleys. They nest both on the mainland coasts, along beaches in the southeast (from Cox’s Bazar to Teknaf), and on island beaches in the south-central region and also on some offshore and coastal islands like St. Martin’s, Sonadia, Kutubdia, Sandweep. They nest round the year but the frequency of nesting increases between October and February, with peak nesting occurring between November and January. They nest on the same beaches as olive ridleys, though there may be differences in nest site selection.

Conservation of marine turtles has not enjoyed high priority in Bangladesh. Scientific publications and systematic surveys have only appeared in the recent past, and all information related to marine turtles before such studies were carried out was obtained from anecdotal notes, district gazettes, forest department reports and newspaper reports of incidental catch by fishermen. The first attempt at collating existing information was done only in 1997. Since then, more concerted efforts at documentation and conservation have been implemented to some degree by government agencies (for example the Ministry of Environment and Forests through its National Conservation Strategy Implementation Project-1 (NCSIP-1)) and non-government organisations working along the Bangladesh coast, like the Marine Life Alliance and the Centre for Advanced Research in Natural Resources and Management (CARINAM). However, while these measures have provided some respite to turtle populations, they continue to face mounting threats.

Currently, conservation activities by various groups, including government and non-government organisations, are concentrated in the Cox’s Bazar area. And while beaches within the Sunderban protected area and the UNESCO World Heritage site are offered additional protection, other beaches along the coast where turtles come to nest may require equal, if not more attention than they currently enjoy.

The main threats to turtles in this region include coastal development imposed threats, fisheries related mortality and egg predation. Traditional utilisation of turtle meat by local coastal communities is not considered significant. Studies in the recent past have shown that almost 90-95 percent of the nests are exploited by humans if there are no conservation activities; of the rest, 5-8 percent are predated by natural predators like jackals, mongooses and monitor lizards. However, in areas where conservation and awareness activities are underway, these threats are considerably reduced. Coastal alteration through construction of embankments and shrimp farms has significant impacts on nesting beaches. Certain beaches, particularly Cox’s Bazaar in the southeast, have also seen considerable increase in tourism related development.

The forest department remains the sole authority responsible for the protection, conservation and management of all wildlife in the country and there is a need for greater coordination and cooperation between various government ministries and agencies working within these ministries. The Government of Bangladesh is signatory to several international and regional agreements and protocols related to the marine environment. However, several limitations in existing national law and policy, like non-specific coastal management and beach utilisation policies need to be addressed for more effective measures for the protection of Bangladesh’s marine turtle populations. Until recently, marine turtles were not included in the protected list of the Bangladesh Wildlife (Preservation) (Amendment) Act of 1974. However, although the Act was later revised to include marine turtles, the amendment still exists as a draft notification today without having been included in the official gazette, rendering the inclusion of turtles within the protected list redundant. In addition to the existing threats, the Bangladesh government decided to establish a deep sea port at the major and pristine beaches of Sonadia Island, which is not only important for sea turtles but also for cetaceans, migratory shorebirds and numerous marine invertebrates.