A feast for crows and others: Mass hatchling emergence 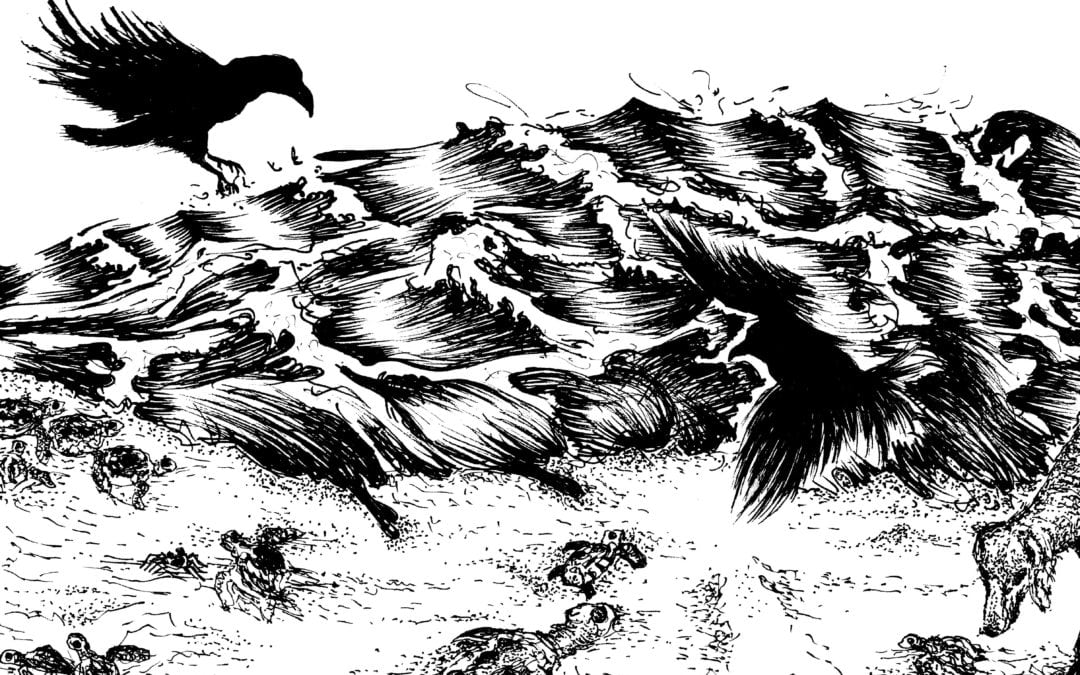 It is almost day break. A strong wind blows from the sea towards land. With the moon about to set, a tiny turtle hatchling looks towards the choppy sea and beyond it, towards an ever so bright horizon. The airborne sand hinders its view, as this newly hatched creature, no longer than one third of a foot, makes its way resolutely away from the dark forests bordering the beach. With each frenzied motion of its flippers it moves further and further away from its nest, where only three fortnights ago it was a freshly laid egg.

On a night not unlike this, thousands of adult Olive Ridley turtles had swam ashore en masse to scramble, dig and bury their warm eggs; eggs left to be attended by none but the sand and the sun. The crazed nesting had continued through six nights with over a hundred and fifty thousand expectant mothers laying almost a hundred eggs each along the five kilometre long Rushikulya beach of the coastal state of Odisha. All that had remained of this grand show of nature on the sixth morning were thousands of turtle tracks returning to the sea.

A month and a half later, on this windy night, hundreds of hatchlings break the surface of the sand to emerge out of their nests and make the short but treacherous journey of a hundred meters across the beach to the sea. The task at hand becomes more and more ominous as dawn approaches. 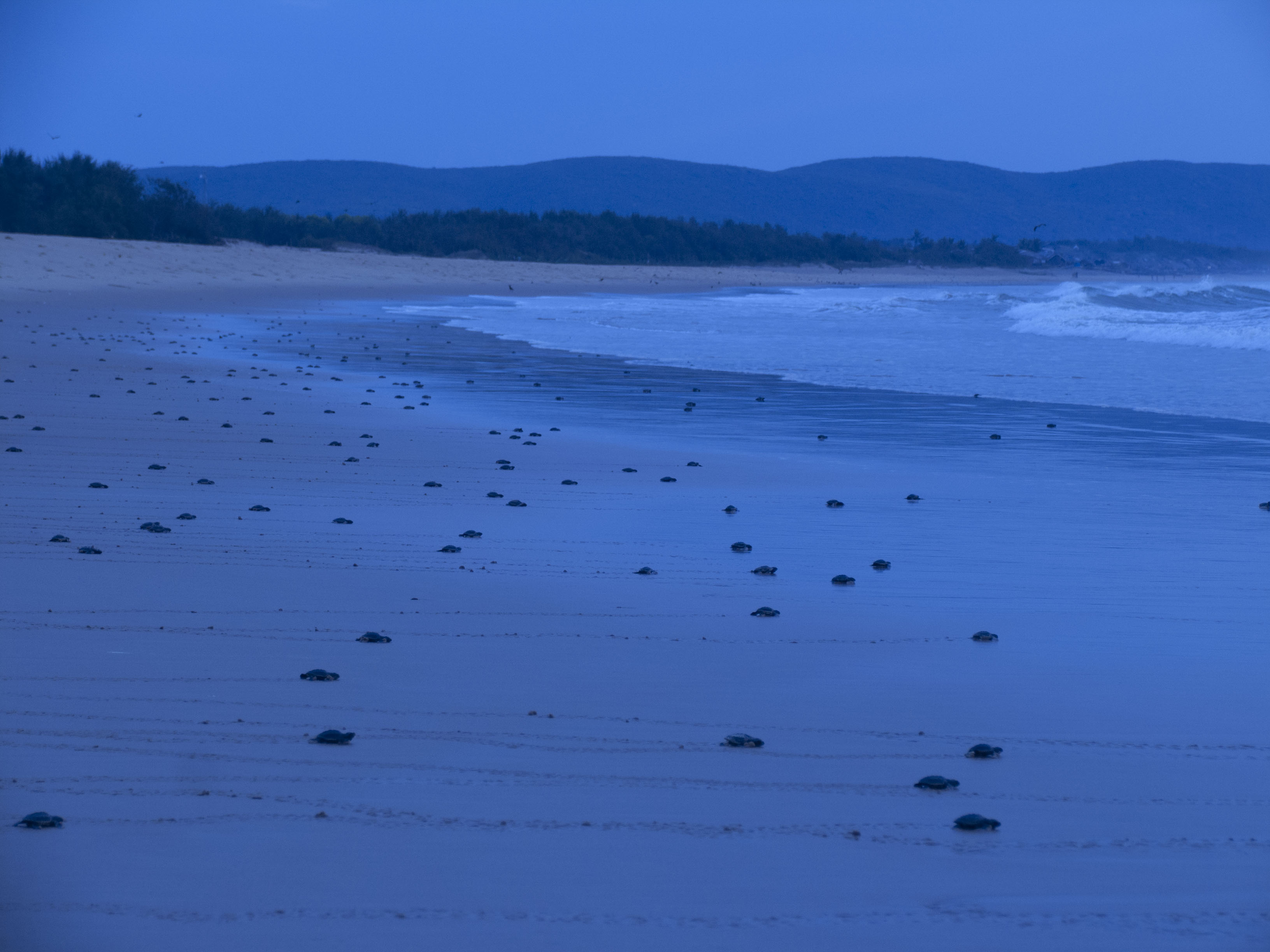 ‘On the verge of life’
Photo : Muralidharan M

Soon, the skies would be teeming with dark wings, thick bills would snap at the miniscule hatchlings and sharp nostrils would sniff the abundance of food a mile away. The yolk sacs of the hatchlings, their only source of energy to last them the epic swim ahead, would be bitten into and hundreds of turtles would be drained of their life.

But life of one is sustained by the death of another. A host of predators, both birds and mammals, arrive at the break of dawn. House crows, thick-billed crows, Indian pond herons, brahminy kites, black kites and gulls touch down on the beach littered with hatched egg shells to claim their share. A few feral dogs also make their presence felt. As this feast continues, more swoop down on the arena like warplanes with unending backup, each kind with different firepower. While, the Indian pond heron lurks alone right next to the sea waiting for hatchlings, crows embark on a show of strength. Droves of crows pick on the hatchlings, a few fly away with their prey secured between beaks and a few finish the job without even taking off. Hundreds of baby turtles lie flat on their back with a small opening on their belly, where the yolk sac once was. The preying birds and mammals are not the last of the worries of this army of turtles, marching towards the sea, unfortunate to find itself exposed by the morning light. Unsuspecting hatchlings get dragged down into tiny holes, scattered across the arena like land mines, by clawed creatures of surprising might. Ghost crabs and fiddler crabs continue this ambush by grabbing hatchlings twice their size by their flippers.

The death of a few hundred turtles not only sustains the life of the predators but of the remaining turtles themselves. The mass hatching ensures that the overall population gets away without too many casualties. The diurnal predators are left with only an hour and half on each of the days of mass hatching to take their fill. This balancing act of nature can be tipped against the turtles though, by anthropogenic factors. Improper garbage disposal around the period of mass hatching can augment the population of feral dogs and house crows among others. Excessive lighting close to the shore can disorient the hatchlings and Casuarina plantations along the coast can harbour nest predators like jackals and dogs. In spite of the odds, more hatchlings make it to the sea than the ones which do not. But, their quest for survival is far from over. Schools of carnivorous fishes lie in wait on their epic journey to adulthood and surely many would perish. Still, many would survive the ordeal and return to the same waters as adults to mate. And on the same beach they would leave the prints of their flippers where now lie the signs of their first struggle for life.