A far-from-lonely planet: sights and sounds of coastal Odisha 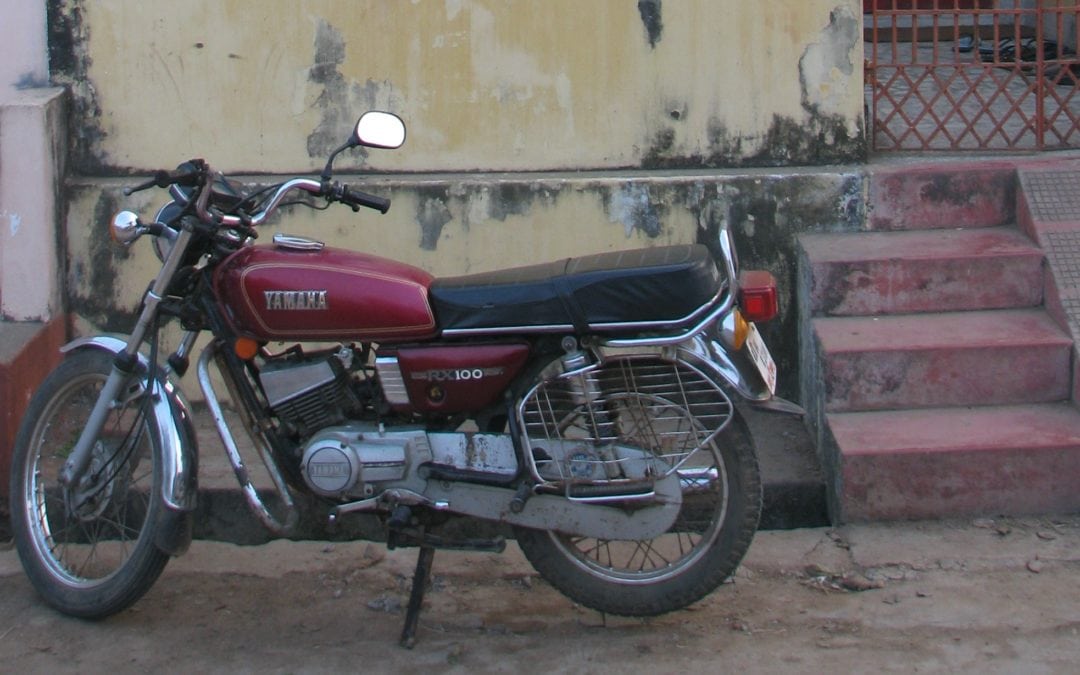 I spent three ‘turtle seasons’ in Odisha, studying the people who study the turtles and documenting a few other curiosities along the way. This list is about the latter, though I will freely admit that my study itself attracted a fair amount of attention and criticism since it involved neither pouncing on turtles to tag, paint or measure them nor thrusting questionnaires at unsuspecting locals. As a stern official put it, I seemed to appear every season to “just chitchat” with all and sundry. Besides my very affiliation was suspect: was I from ATREE Foundation, a TREE Foundation, Ashoka Tree or Ashoka Foundation? Flaky I may seem, but I hope this list will establish that I’m at least an observant flake! So here is an overview of all the ‘etc’ things that caught my attention:

The first is the CES field station at Ganjam which the tolerant landlord painted olive green. Because everybody who is anybody knows where the koincho (turtle) researchers live! Another good place to talk to local VIPs are the chai shops. And my survey of these important institutions revealed a fancy one with a flat screen TV. 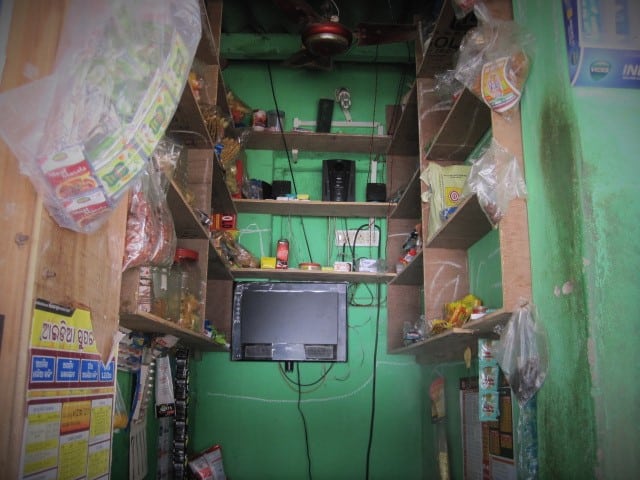 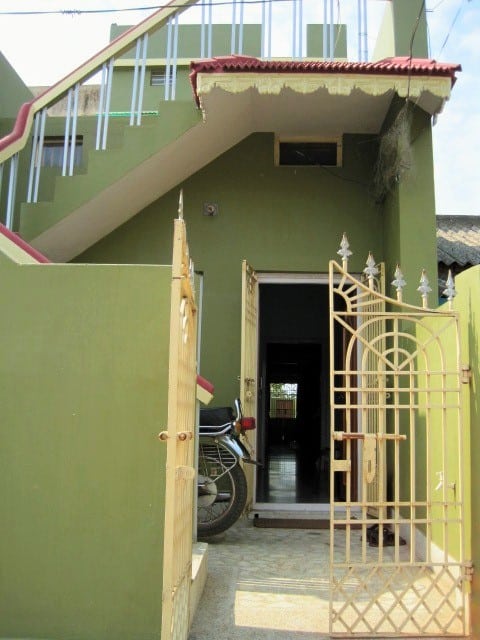 Transport:
I had a soft corner for the project bike which was older than certain interns at the field station and a reptilian reluctance to run on cold mornings. 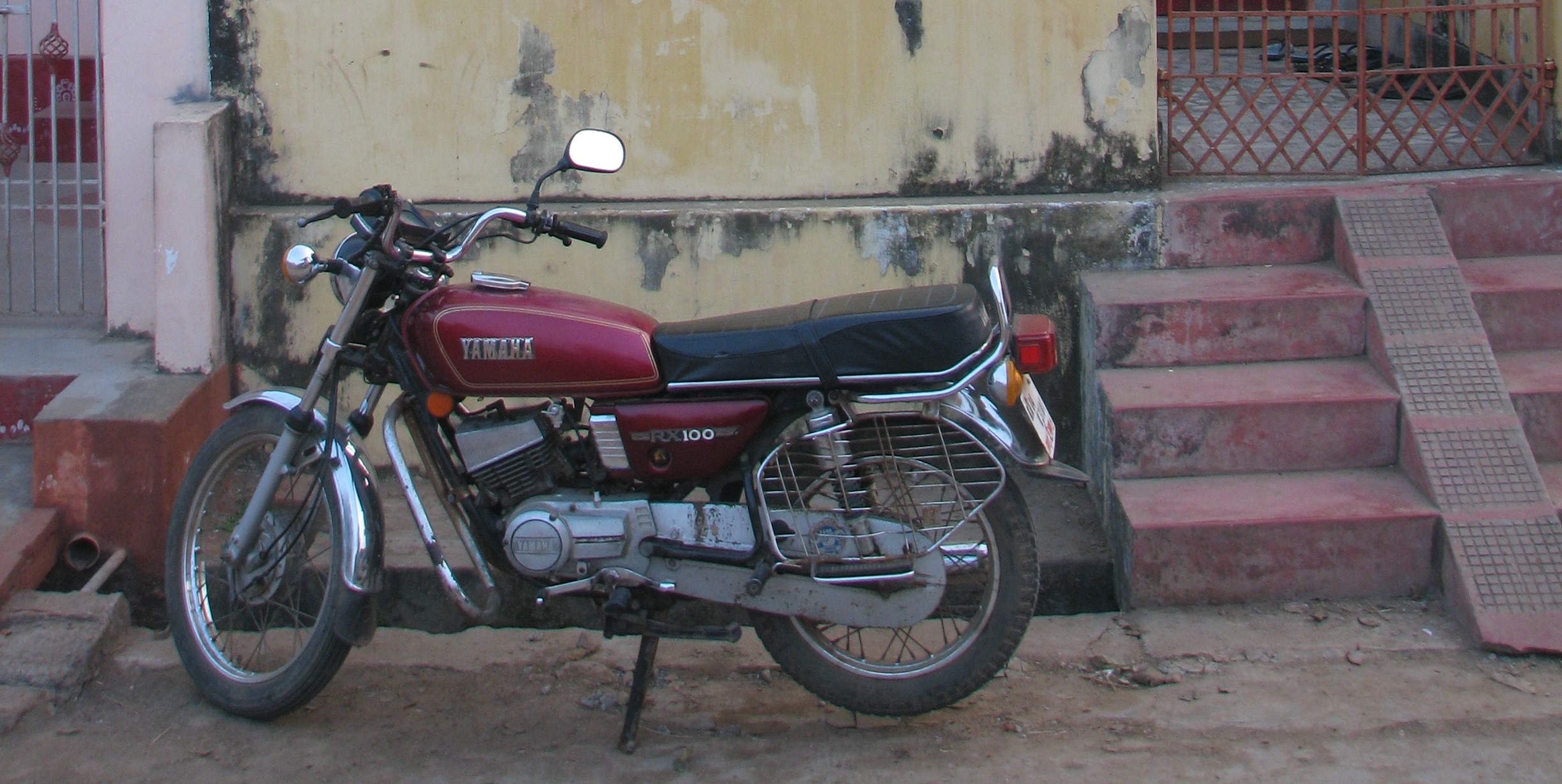 In my other study district, Kendrapara, I used another antique – ‘trekkers’. These are jeeps in pastel shades, festooned with sacred red thread and driven by a person who alternately sits on the horn and the accelerator. 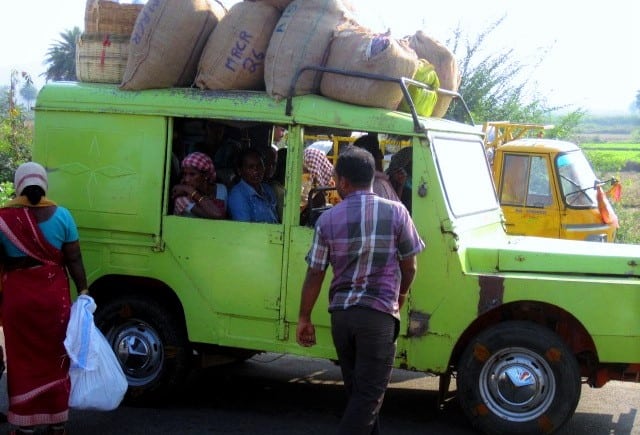 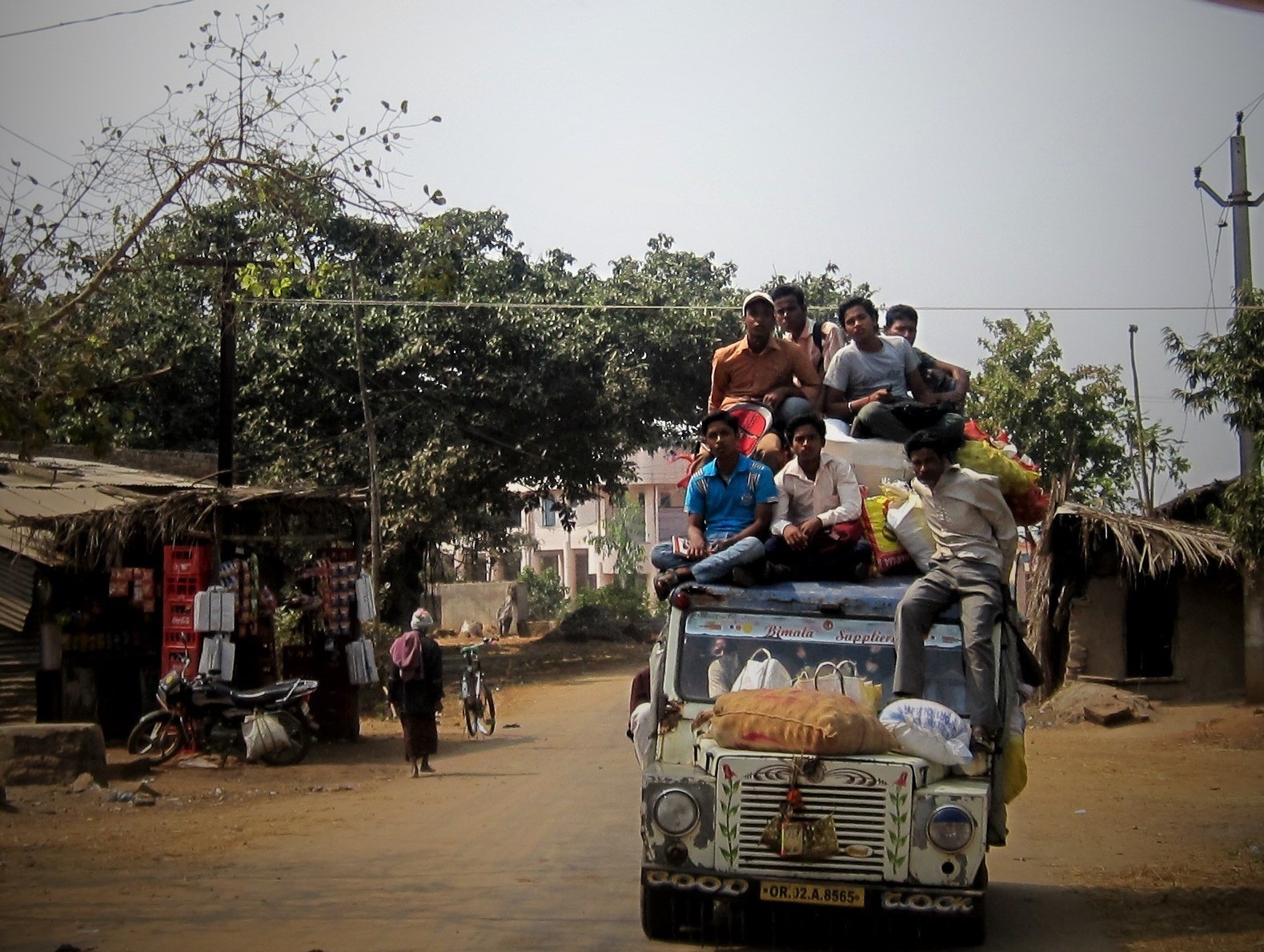 Ferries across the many estuaries of this district were operated by boatmen who first carefully loaded the two-wheelers in and looked bored while the two-leggers wobbled around and fitted themselves into whatever space was left. 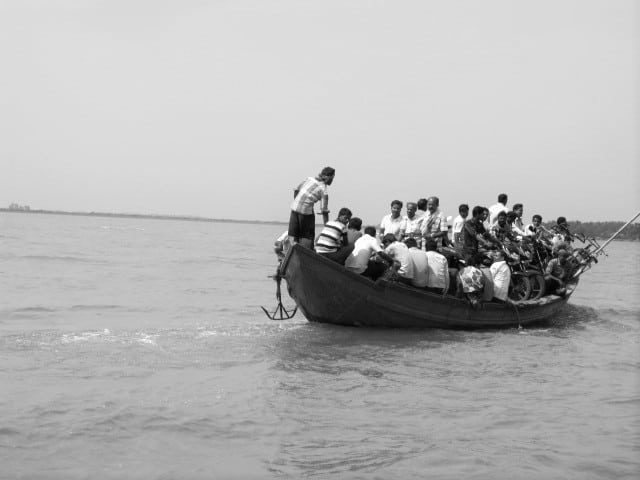 Another Ganjam curiosity was a daily local train that often came with a thick carpet of freshly-strewn peanut shells – only peanut shells mind you, not a single biscuit wrapper or banana peel did I spot. And there was the Bhubaneswar-Bhawanipatna Link Express. This is the name of the last two compartments of the train. The first two or three compartments go by the name of Hirakand Express. To compound the confusion, station masters of two-platform stations have their whims – they may call it one or they may call it the other (of course I missed it and took the peanut express instead). There were also autos which could double up as all-terrain vehicles and take you right up to the beach. Plus if you got to know the driver well, you could ‘self-drive’ for short stretches (I’m going to add it to my resume).

Soundscape:
Another interesting feature of Ganjam town were the mobile karaoke bars. These consisted of a string of street-vendor pushcarts that were fitted with amplifier, speaker, mixer, a gen-set, halogen lamps, mikes and chairs for the singers to sit on while the entire ensemble circled the four streets of Ganjam for hours together and produced a nonstop medley of film music. A particular Bollywood song would ‘scar and scare’ me each season because I’d hear it being blasted on karaoke bars, in tea stalls, wedding processions, temple festivals, as mobile ringtone, on the field station TV: Tu ne mari entrya aur dil main baji ghantiya… Chaar bottle vodka kaam mera roz ka… 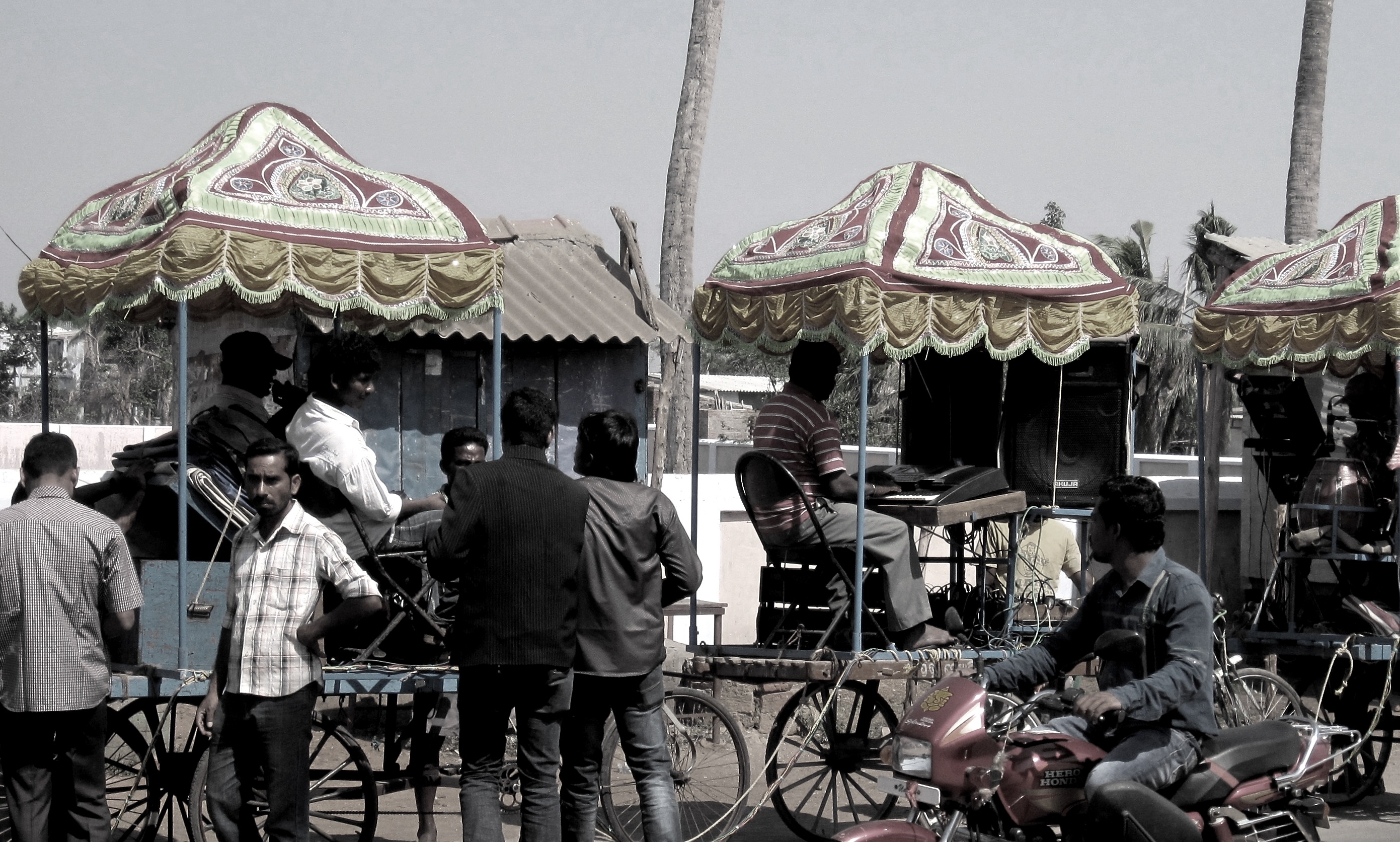 Humma, a town 5 km away from Ganjam, is rumoured to be one of the largest wholesale dry fish markets in East India. I have spent happy hours wandering around, talking to traders and buyers, admiring the craftwork and getting discounts on dried anchovies because koincho researchers keep the locals entertained with their (seemingly) pointless activities. 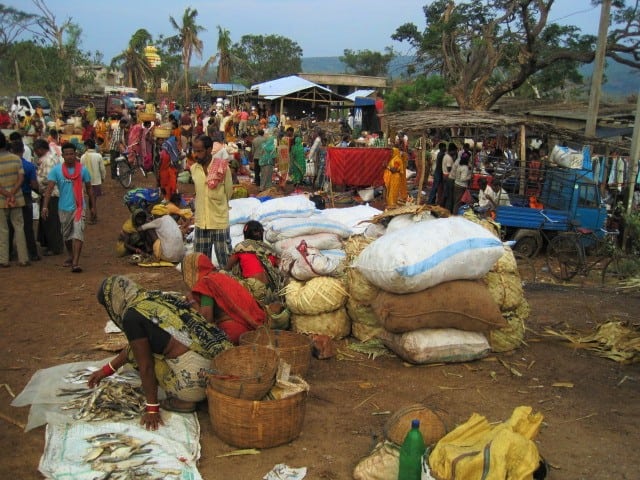 While exploring the town, I had a large number of big cat sightings too. Anyone can see a cat with whiskers but I sighted one with a moustache.

In the heart of Kendrapara town are two heritage structures: a sun dial constructed in 1887 during the reign of Queen Victoria and a public library that is just as old. The library is open every evening and well-stocked with books and magazines. The sun dial on the other hand, is just used to tether cows at milking time. 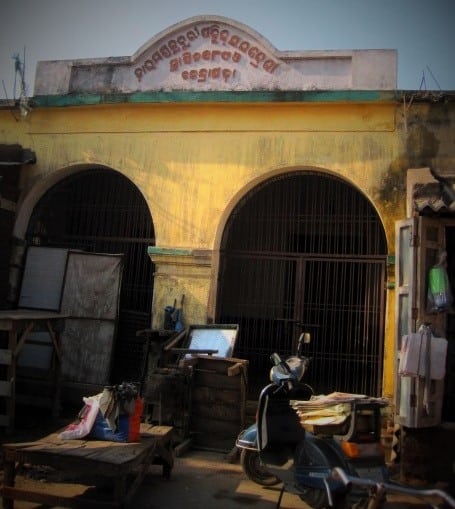 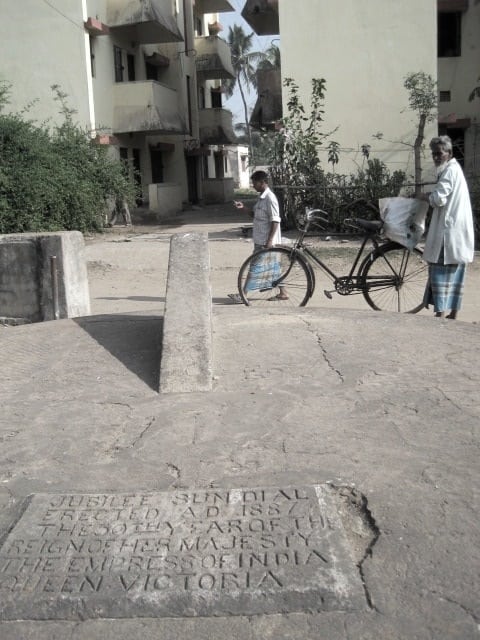 I could go on, but I do have a thesis to write (despite what certain people may say about my field methods!). And if any of you should want to go to Odisha to do your PhD, here is one question that I was asked and couldn’t answer: – “Koincho kitna mileage dethi hai ?” (What is the mileage of a turtle?) Do let me know if you crack it.